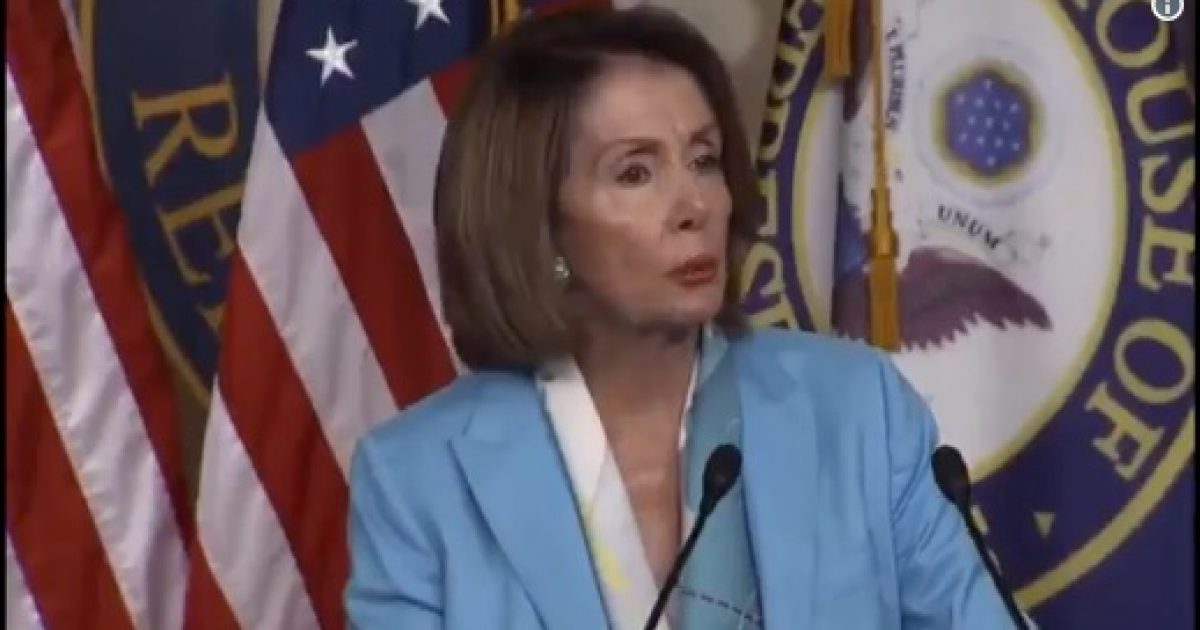 During comments to the media on immigration, House Minority Leader Nancy Pelosi (D-CA) referred to the terrorist attacks on September 11, 2001, as an “incident.”

Pelosi was trying to convince the public that Democrats are stronger on border security than Republicans.

A discussion on the Trump administration’s immigration policies took a macabre turn when the California Democrat focused on the deadly terror attacks orchestrated by Osama bin Laden. Mrs. Pelosi claimed that Republicans were historically weaker on border security than Democrats because they balked on some of the 9/11 Commission’s recommendations.

“We have a responsibility to protect our borders. All of our borders,” Mrs. Pelosisaid. “Let’s make no mistake about that. Democrats have been strong on that point. All of our borders. In fact, I said to some of you before, when we had the 9/11 incident and the commission was formed — and they made their recommendations — they made recommendations to protect America, but the Republicans would never take them up. And some of it was about our borders. The Republicans would never take them up.”

Nancy Pelosi refers to the 9/11 terror attacks that killed nearly 3,000 Americans as just an "incident."

Pelosi then falsely stated the Trump admin separated families because they believe moms "who want to escape rape, murder and gang violence for their child" are "unfit." pic.twitter.com/JLIwLwzCYu

Democrats are on the wrong side of the border security debate and Pelosi is trying to change that perception as the midterm elections approach.

A number of Democrats are calling for abolishing the Immigration and Customs Enforcement (ICE) and oppose construction of the border wall between the U.S. and Mexico.

Some top mainstream Democrats, including U.S. Sens. Kirsten Gillibrand of New York and Elizabeth Warren of Massachusetts, are embracing the goal of abolishing the U.S. Immigration and Customs Enforcement agency over its role in deporting illegal immigrants.

Congressional Democrats are also opposed to Trump’s signature issue of the border wall on the U.S.-Mexico border, blocking any efforts in Congress to provide funding toward the project.

Meanwhile, Pelosi is facing pressure from some Democrats that are resisting her leadership.

Max Rose, the Democratic nominee in New York’s 11th Congressional District, told CBSN on Tuesday he will not cast his vote for the current House Democratic leader. Rose is running against Republican Rep. Dan Donovan in the only New York City congressional district President Trump won in 2016. Rose’s district encompasses Staten Island and parts of Brooklyn.

Asked if he would support Pelosi, Rose had a simple answer — “No.”

Most certainly, calling the 9/11 attacks an “incident” will not bolster Pelosi’s support with the American public or Democrats.