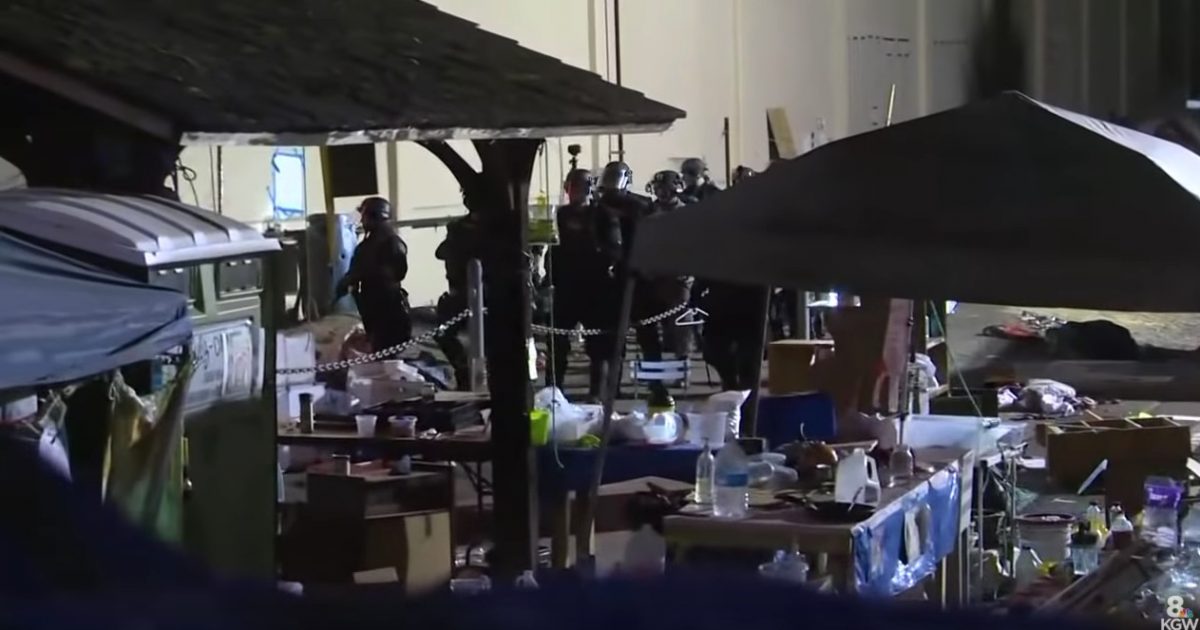 Portland police recently cleared out the protesters and now clean up of debris deemed a ‘biohazard’ and ‘disgusting’ begins.

City officials in Portland, Ore., say they’ll be cleaning up the “disgusting” Occupy ICE camp after police cleared the area of protesters Wednesday.

The mayor’s office said it would pick up a portion of the tab for the clean-up, FOX 12 reported. Meanwhile, the Portland Police Bureau has cordoned off the site, calling it a biohazard.

Activists set up the camp near the local office of U.S. Immigration and Customs Enforcement after an outcry over the agency’s crackdown on illegal immigrants.

Residents complained about the debris and noise generated by the activists.

“It was pretty disgusting that that’s how they were living back there,” Frank Savage, a Portland resident who lives near the camp, told the outlet.

He said that the area was littered by the protesters but is now relieved that things will go back to normal. “Getting tired of waking up to the bullhorn and the sounds and the cussing,” he added.

Democrat politicians backing calls to abolish ICE include New York Senator Kirsten Gillibrand, who said ICE, “become a deportation force” and that we “should get rid of it, start over, reimagine it and build something that actually works.”

“The president’s deeply immoral actions have made it obvious we need to rebuild our immigration system from top to bottom, starting by replacing ICE with something that reflects our morality and that works.”

We must not be about forcing over 10 million undocumented people, many of whom have been here for decades, to continue living in fear and anxiety. Congress must do what the American people want. Let us create a humane and rational immigration system.

The Portland protest was not an isolated incident. Occupy ICE activists protesting the administration’s immigration policy took to the streets and held sit-ins around the country including Pennsylvania, Kentucky, and New York.

Attacking ICE is a political loser, but Democrats are too blind and too emotional to recognize the damage they are doing to their party.