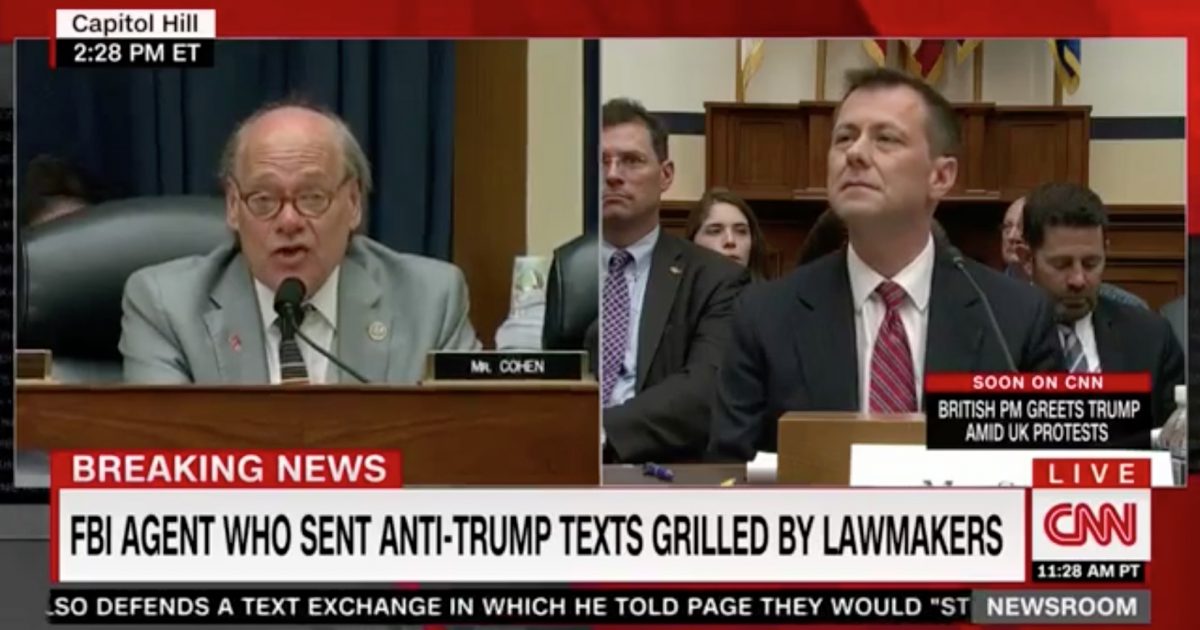 After getting pounded by veterans groups, Cohen now says he regrets making the comment.

U.S. Rep. Cohen is backing off his remarks to award a Purple Heart to FBI agent Peter Strzok, saying he regrets his words and that his “intent was to speak methaphorically.”

A group of veterans in Memphis has slammed Cohen’s comment Thursday as an “insult to every service member” and are demanding the Memphis Democrat apologize for his “disrespectful” words.

A recipient of the Purple Heart criticized Cohen on Fox News.

Marine Staff Sgt. Johnny “Joey” Jones (Ret.) — a Purple Heart recipient who lost both of his legs and suffered other permanent injuries in an IED explosion in Afghanistan — said Cohen’s remarks were “disgraceful.”

I regret mentioning the Purple Heart medal at yesterday's hearing. My intent was to speak metaphorically&make a broader point re:attacks on Mueller's investigation into attacks on our country,but I've heard from vets & their families–wrong choice of words.https://t.co/FsEuSLjIwd

Cohen’s comment was absolutely outrageous and an insult to all of our military and especially those who earned the Purple Heart.

Democrats did everything to protect Strzok and Cohen’s comment was all part of plan.