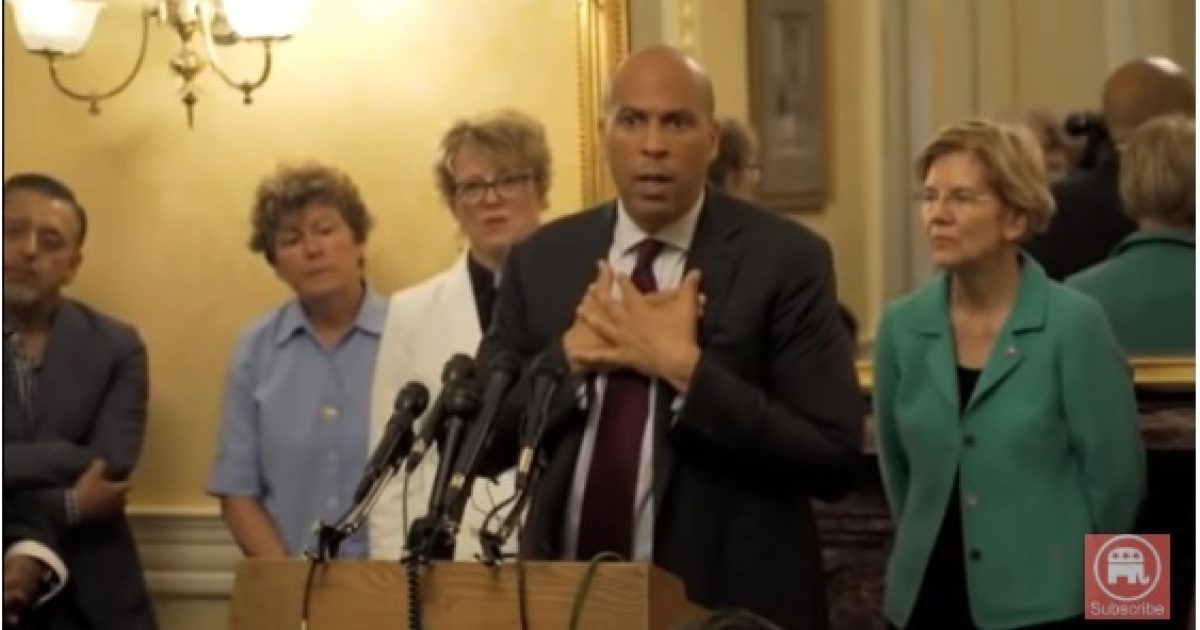 Booker made Biblical references to criticize Kavanaugh during a Washington, D.C., press conference.

Flanked by a deacon and fellow Democratic senator Elizabeth Warren of Massachusetts, Booker described the Kavanaugh confirmation battle as a “moral moment” that demands that all who oppose evil also oppose the constitutional originalists’ confirmation.

“It’s hard to take statements like that seriously,” Senate Majority Whip John Cornyn (R-Tex.) said Wednesday in a floor speech. “To me, that’s completely unhinged and detached from any reality.”

Cornyn advised Democrats who are “engaged in this kind of superheated rhetoric” to “get a grip, get a grip.”

Democrats are continuing the full resist mode against President Trump.

In fact, Senate Democrats are refusing to meet with the Supreme Court nominee.

Senate Democrats are largely giving Judge Brett M. Kavanaugh the brushoff, refusing the customary “courtesy visits” until Republicans agree to turn over voluminous documents from the Supreme Court nominee’s past.

In the two weeks since President Trump nominated him to succeed the retiring Justice Anthony M. Kennedy, Judge Kavanaugh has met with 23 Republicans, and not a single Democrat. Senator Chuck Schumer of New York, the Democratic leader, said in an interview Monday that he would not meet with Judge Kavanaugh until the top Republican and the top Democrat on the Senate Judiciary Committee reach agreement on what documents should be produced.

Democrats are trying to put on a good show for their Left-wing base but in the end, Kavanaugh will be approved by the Senate.