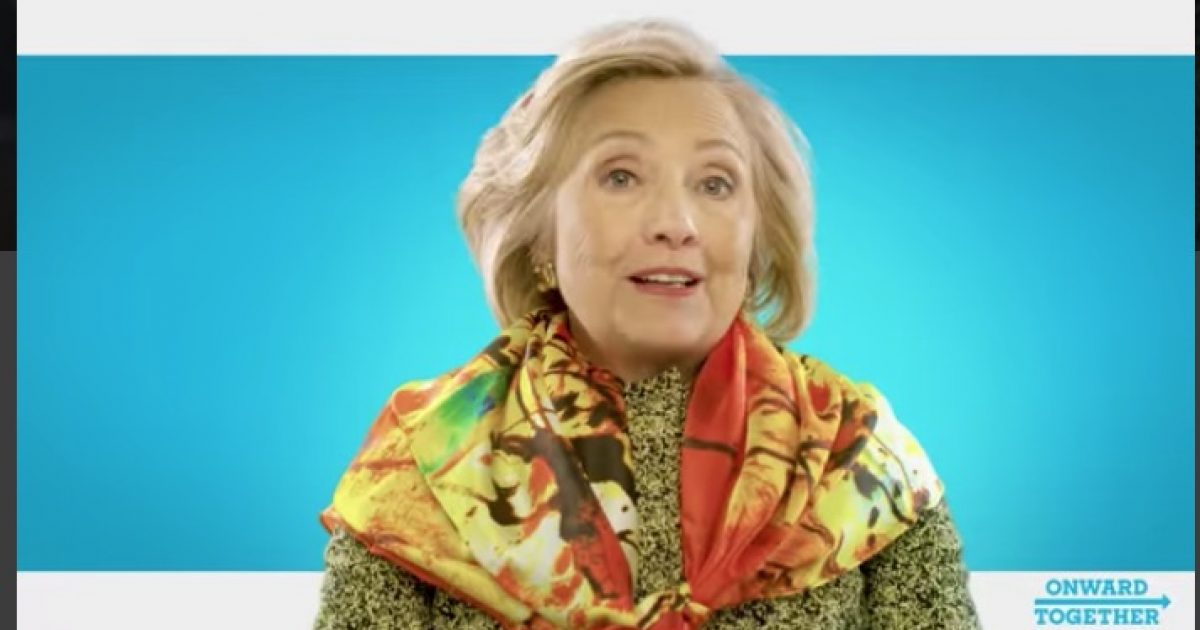 Since losing the 2016 presidential election, Clinton has appeared in numerous speaking events around the world and she set up an organization to promote left-wing causes.

Now it’s being speculated that Clinton’s high profile has a purpose and that is to take another run for the White House.

The rationale for the possible Clinton 2020 rematch against President Trump is described in an opinion piece by Michael Goodwin from the New York Post:

First, because there’s no clear front-runner for the nomination 18 months into Trump’s presidency, Clinton remains the closest thing to an incumbent. She’s also got numerous advantages, from name recognition to campaign experience to an off-the-shelf Cabinet, that could give her a head start.

Second, a crowded, diverse field diminishes the chances of anyone knocking her off. Recall how Trump outlasted 16 GOP rivals by having a committed core of supporters that grew as the field shrunk. Clinton could be in a similar position — unpopular among many, but also unbeatable by a single opponent.

Third, looking ahead to the 2020 primaries, she sees no reason to fear the favorite daughters and sons in key blue states. She would almost certainly beat Sen. Kamala Harris in California, Sen. Cory Booker in New Jersey and Gov. Andrew Cuomo in New York.

Goodwin also notes Clinton’s super PAC, Onward Together, takes every opportunity to slam President Trump including her effort to fight the president over immigration.

Clinton started Onward Together in 2017 as an organization to fight for progressive causes and promote the resist President Trump movement.

On Monday, Clinton made it official: She is joining the resistance against Trump with a Super PAC — Onward Together — which will be “an organization dedicated to advancing the progressive vision that earned nearly 66 million votes in the last election,” according to an email sent to Clinton supporters Monday.

According to Clinton, the PAC will support anti-Trump advocacy groups like Indivisible, Swing Left, Emerge America, and Color of Change — groups that have already had an active role in resisting the Republican administration’s policy efforts, from rallying against early attempts at a travel ban to staging protests in lawmakers’ town halls over the Obamacare repeal bill making its way through Congress.

For example, Onward Together urged its followers to challenge members of Congress in their district on immigration during the Independence Day vacation week in a Tweet:

This week, our members of congress are home for recess. Make sure your voice is heard – create or join an event to hold your member accountable to #KeepFamiliesTogether & #EndFamilyDetention: https://t.co/3oHXBVeGDA pic.twitter.com/kZjXHaqNCD

It’s clear Clinton is remaining very active on the political scene and given the lack of a Democrat leader, it’s very possible she will step into the void and run for president again.