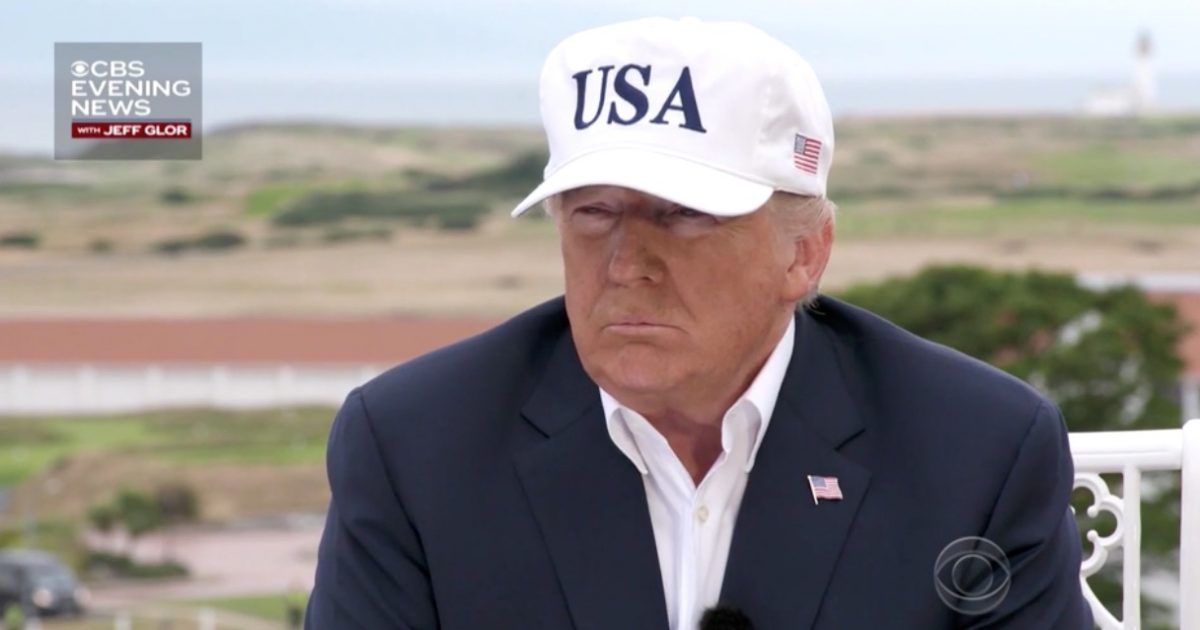 All 12 defendants are members of GRU, the Russian intelligence agency.om the Hillary Clinton campaign and Democratic Party during the 2016 election, the Justice Department announced Friday.

Trump responded to the indictments in an interview on CBS (see video).

President Trump also took to social media blaming the Obama administration Tweeting, “Why didn’t they do something about it?”

The stories you heard about the 12 Russians yesterday took place during the Obama Administration, not the Trump Administration. Why didn’t they do something about it, especially when it was reported that President Obama was informed by the FBI in September, before the Election?

These Russian individuals did their work during the Obama years. Why didn’t Obama do something about it? Because he thought Crooked Hillary Clinton would win, that’s why. Had nothing to do with the Trump Administration, but Fake News doesn’t want to report the truth, as usual!

President Trump is scheduled to meet with Russian President Vladimir Putin on Monday in Helsinki and intends to address the hacking indictments head on.

“There won’t be a Perry Mason here, I don’t think,” Trump said Friday in Britain. “But you never know what happens, right? But I will absolutely firmly ask the question.”

Russsian hacking is one of the many messes Obama left President Trump to fix.