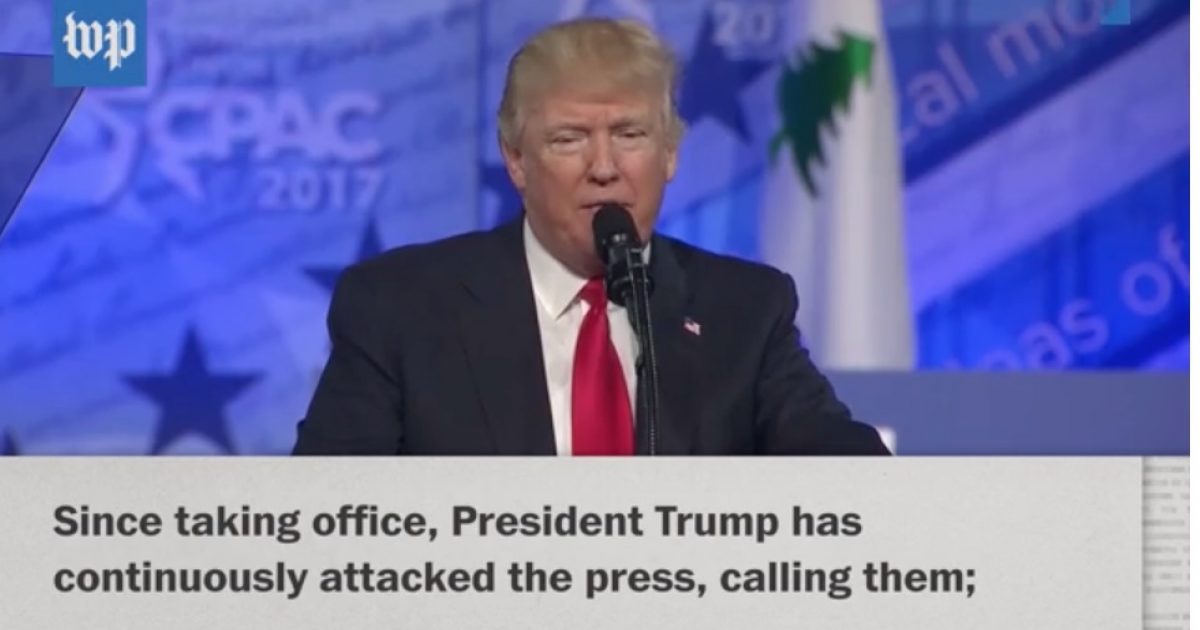 President Trump criticized the media in a series of Tweets over the weekend.

The president called the media “unpatriotic.”

President Trump escalated his feud with the news media on Sunday, accusing journalists of being unpatriotic and endangering lives after the publisher of the New York Times disclosed that he had warned Trump recently that his inflammatory rhetoric about the media could lead to violence.

Trump — who has made “fake news” a rallying cry and labeled journalists the “enemy of the people” — fired off a Twitter tirade Sunday afternoon from his New Jersey golf estate blasting the media for revealing internal government deliberations and for what he considers unfairly negative coverage of his presidency.

President Trump also attacked the credibility of the media pointing out a study that reported a shocking degree of media bias.

…accurately. 90% of media coverage of my Administration is negative, despite the tremendously positive results we are achieving, it’s no surprise that confidence in the media is at an all time low! I will not allow our great country to be sold out by anti-Trump haters in the…

In fact, a video that accompanied The Washington Post news story mentioned above compared President Trump’s criticism of the media to statements made by Hugo Chavez, the late socialist head of Venezuela.

The left-wing media is more interested in harming President Trump than in reporting the truth.