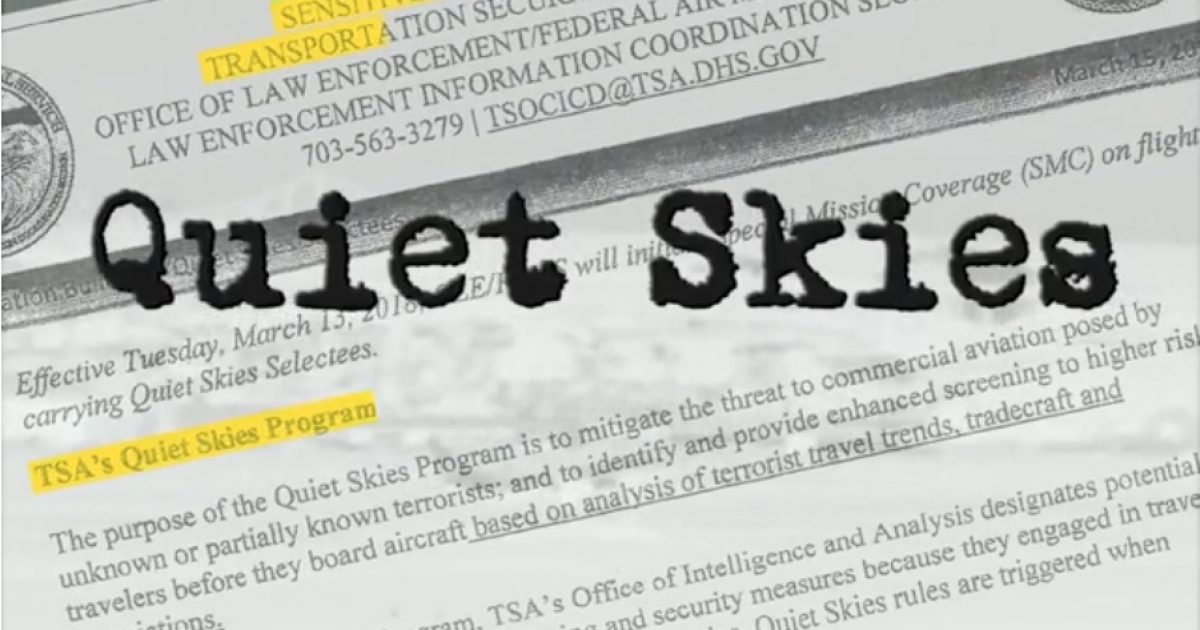 The TSA is spying on ordinary U.S. citizens as they travel through the nation’s airports.

Federal air marshals have begun following ordinary US citizens not suspected of a crime or on any terrorist watch list and collecting extensive information about their movements and behavior under a new domestic surveillance program that is drawing criticism from within the agency.

The previously undisclosed program, called “Quiet Skies,” specifically targets travelers who “are not under investigation by any agency and are not in the Terrorist Screening Data Base,” according to a Transportation Security Administration bulletin in March.

The article describes details on the surveillance:

Already under Quiet Skies, thousands of unsuspecting Americans have been subjected to targeted airport and inflight surveillance, carried out by small teams of armed, undercover air marshals, government documents show. The teams document whether passengers fidget, use a computer, have a “jump” in their Adam’s apple or a “cold penetrating stare,” among other behaviors, according to the records.

Air marshals are conducting "secret missions" to tail ordinary travelers not suspected of a crime or on any terrorist watch list: https://t.co/u0M24Jdk3k pic.twitter.com/VINdFlxUEk

The story notes there are Constitutional problems with spying on U.S. citizens.

Under the guise of security, the TSA is abusing its authority to spy on U.S. citizens and Congress must investigate this program.