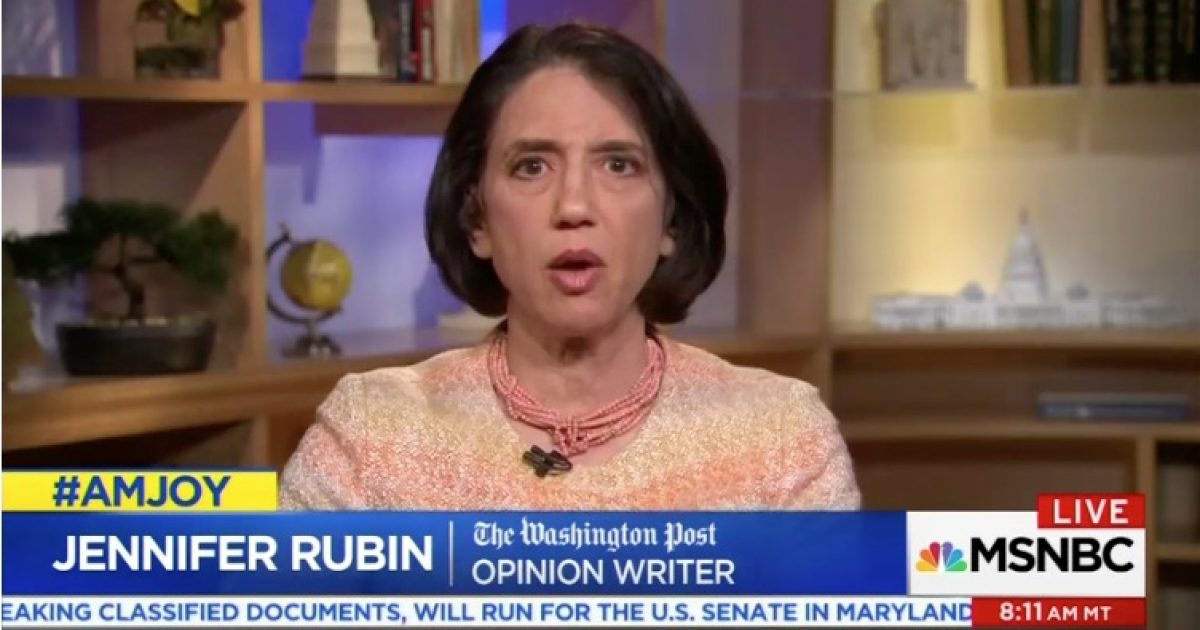 The attacks against President Trump’s administration keeps on coming.

Apparently, the harassment of White House press secretary Sarah Huckabee Sanders at a Virginia restaurant was not only deserving but serves as a down payment for a life sentence of public political pushback.

During a segment on MSNBC over the weekend, Jennifer Rubin, a conservative writer for The Washington Post, said Huckabee Sanders deserves a lifetime of harassment.

On Sunday’s AM Joy, MSNBC contributor and Washington Post columnist Jennifer Rubin declared that Sarah Huckabee Sanders deserves a “life sentence” of being harassed publicly as she asserted that the White House press secretary “has no right to live a life of no fuss, no muss” because of her negative interactions with the press.

And, although Rubin has a history of being identified as a conservative columnist for the Washington Post, over the past year as she has made appearances on MSNBC, there has been precious little that is right-leaning about her analysis as she has sided with liberals on a range of issues.

She has pushed for more gun control, supported DACA, and defended Planned Parenthood. She has even cheered on the “dying off” of social conservatives, and hit Democrats from the left by complaining about Democrats recently criticizing former President Bill Clinton’s mistreatment of women.

It’s outrageous that Huckabee Sanders was harassed in public in the first place and calling for a “life sentence” of harassment is just plain shocking.