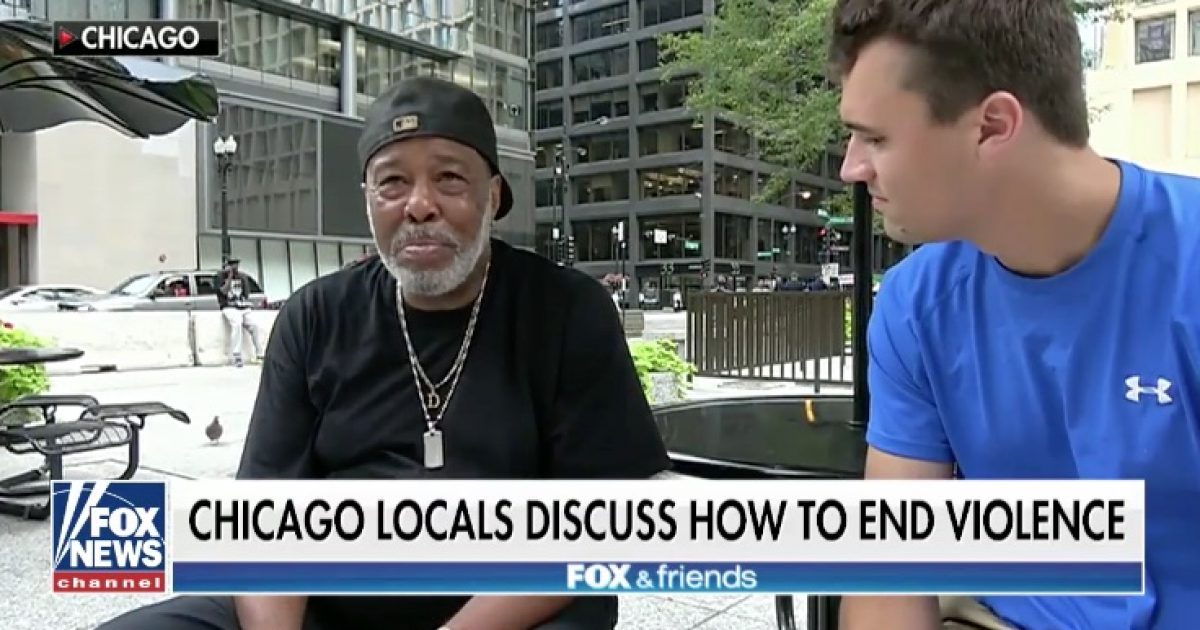 Gun violence continues to ravage the City of Chicago where citizens are held hostage in their homes and neighborhoods.

Chicago native and Turning Point USA founder Charlie Kirk took to the streets to ask residents their thoughts on the gun violence and what to do about it.

One woman told Kirk the violence can be attributed to a lack of family values and morals, while a man pointed to children being brought up “with nothing to do.”

As for Mayor Rahm Emanuel — who has been under fire for his handling of the crisis — Chicagoans told Kirk “we want someone else.”

In an interview on Fox News Channel’s “Fox & Friends,” Kirk talked about the repeating theme from his on-the-street discussions with Chicagoans – a “broken culture problem.”

On “Fox & Friends,” Kirk said the recurring theme when he spoke to Chicago residents was a “broken culture problem.”

“Think about that: In Chicago, only 25 percent of black youth will even have a father in the household,” Kirk said.

Several factors contribute to the violence on Chicago streets including fatherless households, lack of discipline among youth, poor educational opportunities, and gang activity.

While Illinois has tough gun law restrictions, criminals use the law to their advantage.