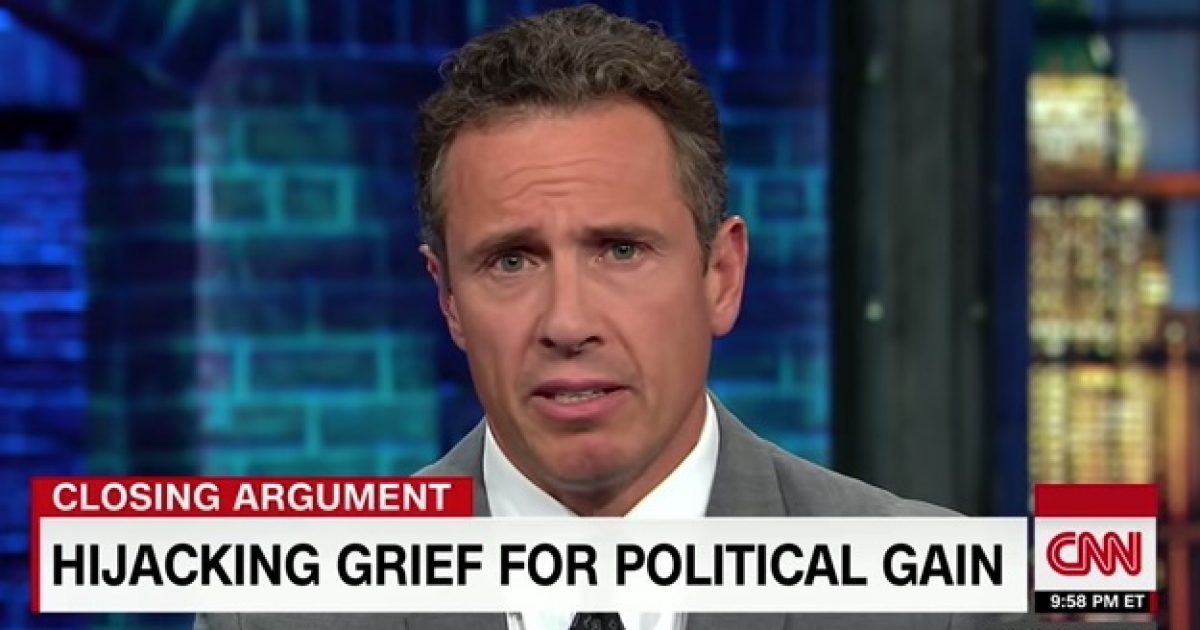 The outrageous liberal logic continues in the Cuomo family.

“We are not going to make America great, America. It was never that great,” Mr. Cuomo said. “We have not reached greatness. We will reach greatness when every American is fully engaged.”

Missing for more than a month, Tibbetts’ body was found this week and her suspected killer, 24-year-old illegal alien Cristhian Rivera, was charged with first-degree murder.

Chris Cuomo not only criticized President Trump for saying Tibbetts is “permanently separated from her family,” but also questioned if the race of the victim and suspect would garner the same outrage.

“I wonder if these sympathizers would be as full-throated about these tragedies if the killers were white citizens, if the victims were not young white women. If that were the case, would we see a video like this from Trump today?”

Cuomo then criticized the consequences of the administration’s zero-tolerance immigration policy.

“Permanently separated. It’s as obvious as it is offensive,” Cuomo retorted. “So he cares about Mollie Tibbetts more than people who don’t believe in separating kids from parents? Or treating undocumented immigrants like dogs? Please. What that tells you, that even in this moment, talking about Mollie Tibbetts, he still has to play to political advantage,” Cuomo said.

“And it is proof that he still doesn’t want to own what he did to those kids, and many of them are still waiting to get back with their parents, we have not forgotten. The president still doesn’t think it is wrong, and he thinks grandstanding about Tibbetts gives him high ground, well it does not.”

Cuomo isn’t the only Democrat to change the subject from the murder of an innocent young woman to the concerns of illegal aliens.

This week on CNN’s “New Day,” Democrat Massachusettes Senator Elizabeth Warren side-stepped a question about Tibbetts and quickly changed the subject, citing the need to “focus on where real problems are.”

“I’m so sorry for the family here and I know this is hard…but one of the things we have to remember is we need an immigration system that is effective that focuses on where real problems are,” Elizabeth Warren said.

“Last month I went down to the border and I saw where children had been taken away from their mothers and I met with those mothers who had been lied to, who didn’t know where their children were…and there was no plan for how they would be reunified with their children,” Warren continued.

Liberals continue to reveal their empathy for illegal aliens over innocent law-abiding Americans.