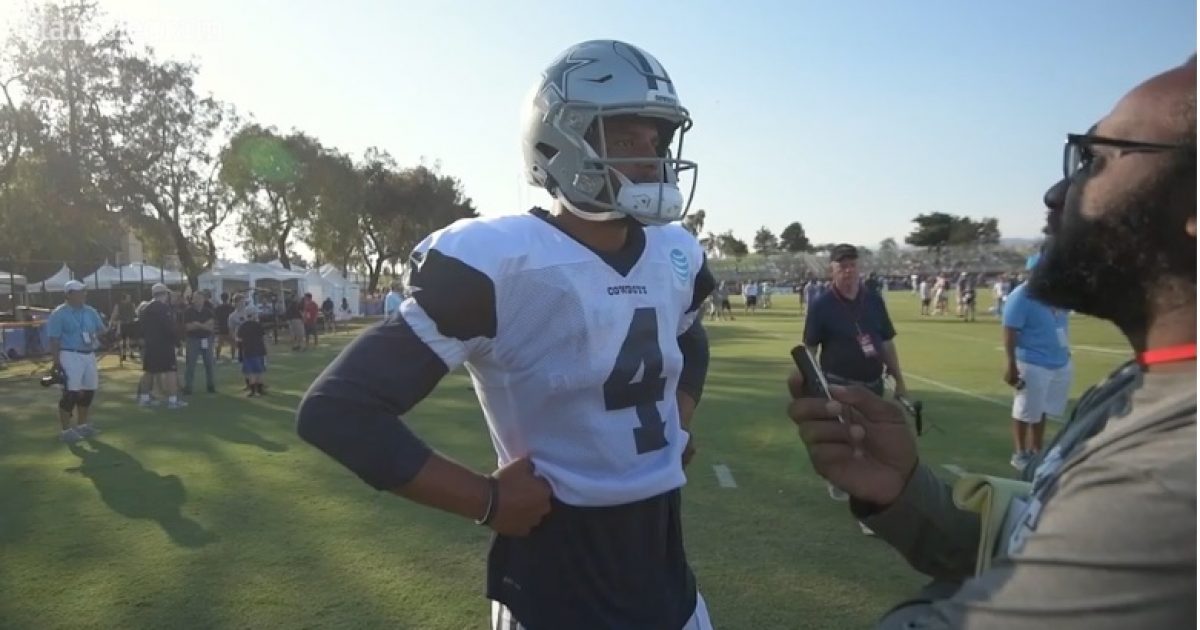 Dallas Cowboys quarterback Dak Prescott is standing tall over his support of respecting the nation’s flag during the National Anthem despite being slammed on social media.

Prescott recently spoke out on the National Anthem debate, saying protesting on the football field is not the time or place to address social injustice.

Prescott is getting slammed on social media for his views but the quarterback is standing tall.

“I am not oblivious to it,” Prescott told the Star-Telegram after practice Tuesday. “You get on social media, you see It. It doesn’t bother me. I said what I said. You have an opinion. Everyone else has an opinion. They are entitled to it as well. I accepted what they said and respect it. They should respect mine.”

Prescott also added that respecting the county for two minutes is not asking too much.

The attacks on social media against Prescott are brutal.

This meeting/statement means nothing when Jerry Jones, who owns “America’s Team,” has drawn a line in the sand and Dak Prescott is out here basically saying he’s happy being a lemonade serving house negro. https://t.co/0NtE8c4oiy

Player protests during the National Anthem are disrespectful and bad for the NFL and by speaking out on the controversy, Prescott is demonstrating more leadership than NFL Commissioner Roger Goodell.