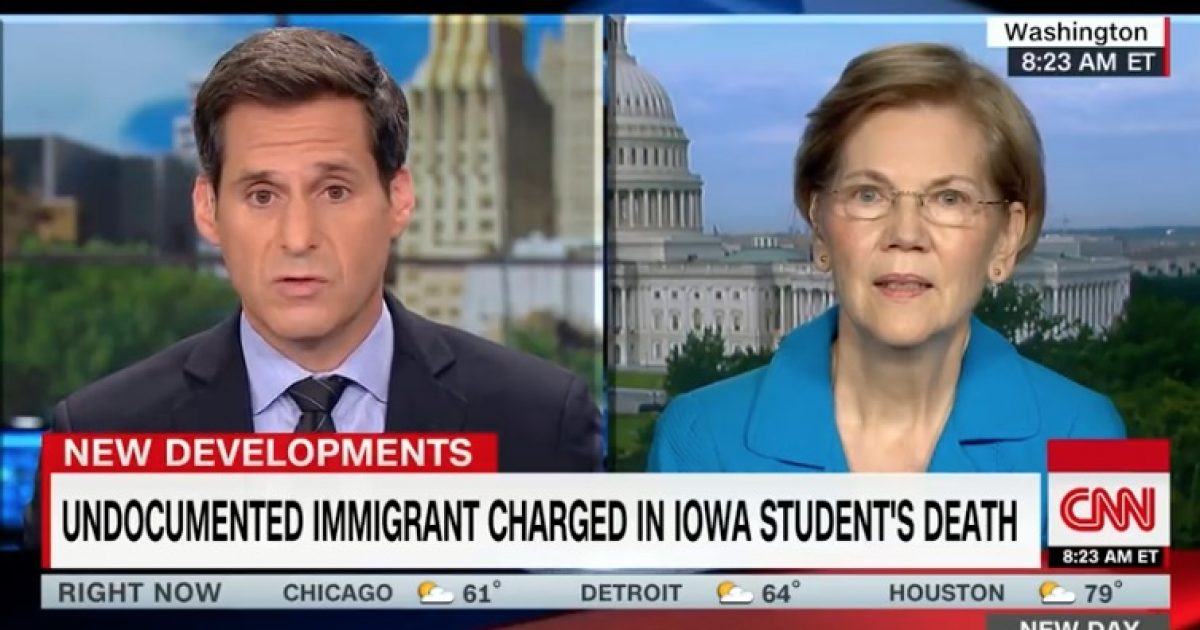 Missing for more than a month, the body of 20-year-old University of Iowa college student Mollie Tibbetts was found this week.

In an interview on CNN’s “New Day,” Democrat Massachusettes Senator Elizabeth Warren was asked about Tibbetts but quickly changed the subject, citing the need to “focus on where real problems are.”

“I’m so sorry for the family here and I know this is hard…but one of the things we have to remember is we need an immigration system that is effective that focuses on where real problems are,” Elizabeth Warren said.

“Last month I went down to the border and I saw where children had been taken away from their mothers and I met with those mothers who had been lied to, who didn’t know where their children were…and there was no plan for how they would be reunified with their children,” Warren continued.

Democrat politicians try to focus their arguments on the emotional aspects of the illegal alien issue such as asylum seekers and downplay or even ignore criminal illegal alien activity.

There’s heartless and then there’s whatever the hell this is. https://t.co/qWgPoJ2ABe