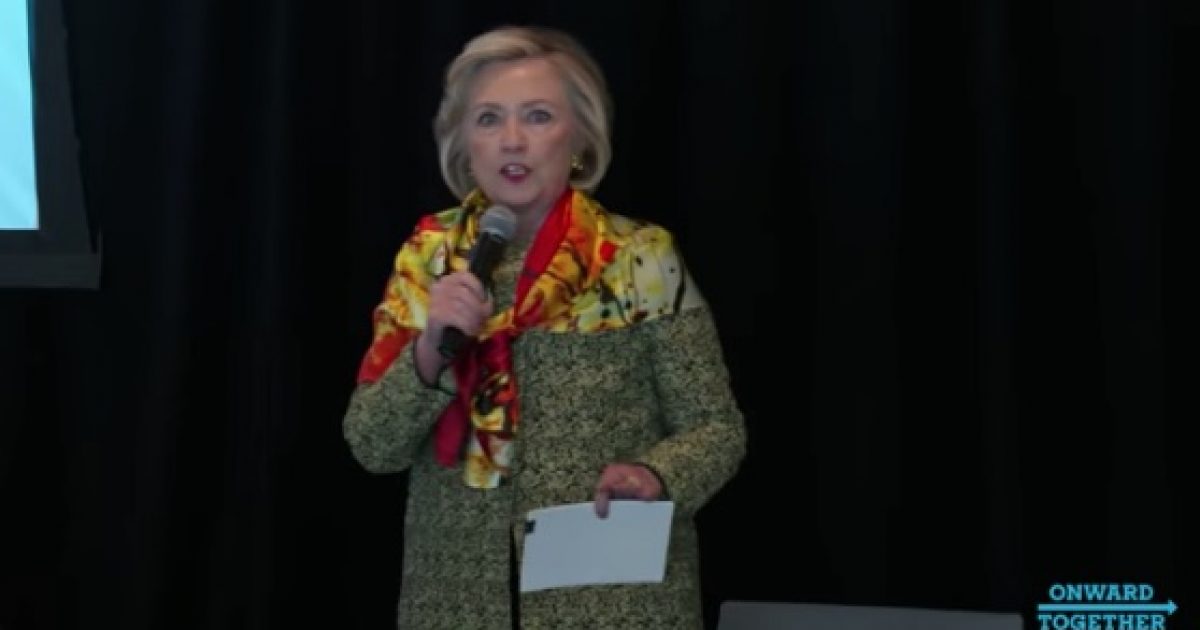 A policial organization backed by Hillary Clinton donated to 19 Democrat candidates who are running for seats in the House of Representatives.

Clinton used her political organization, Onward Together, to fund the candidates with the hopes of flipping the House of Representatives to Democrat control.

Hillary Clinton donated the maximum allowed contribution to more than a dozen Democratic House candidates in 2018 midterm last month as her party battles to regain control of at least one chamber of Congress, according to new filing records.

Clinton made the contributions through her Onward Together organization in June, donating the maximum of $5,000 to 19 Democratic House candidates and four secretary of state candidates, according to finance filings with the Federal Election Commission (FEC).

Hillary Clinton also promoted the efforts of left-wing group Demand Justice, a partner of Onward Together, to block Judge Brett Kavanaugh from the Supreme Court.

After Justice Kennedy announced his retirement from the Supreme Court, @WeDemandJustice leapt into action to launch a movement to #StopKavanaugh. They're doing a 10-city #RiseUpForRoe tour and will have a day of action on 8/26: https://t.co/0LNvfWPYid

A description of Demand Justice and their Kavanaugh advocacy appears on the Onward Together website.

After Justice Anthony Kennedy announced his retirement from the Supreme Court, Demand Justice lept into action, launching a movement to demand that Democrats in the Senate oppose anyone on Donald Trump’s SCOTUS shortlist.

Hillary Clinton remains in the political spotlight and is showing no signs of retiring.

While she can still gather money for Democrats, it’s possible her involvement can backfire in local races.

Jesse Hunt, a spokesman for the National Republican Congressional Committee said of the donations in a statement, “The longer a scandal-plagued Hillary Clinton lingers in American politics, the worse off House Democrats will be. We can only hope the Pelosi/Clinton tandem takes their show on the road this fall.”