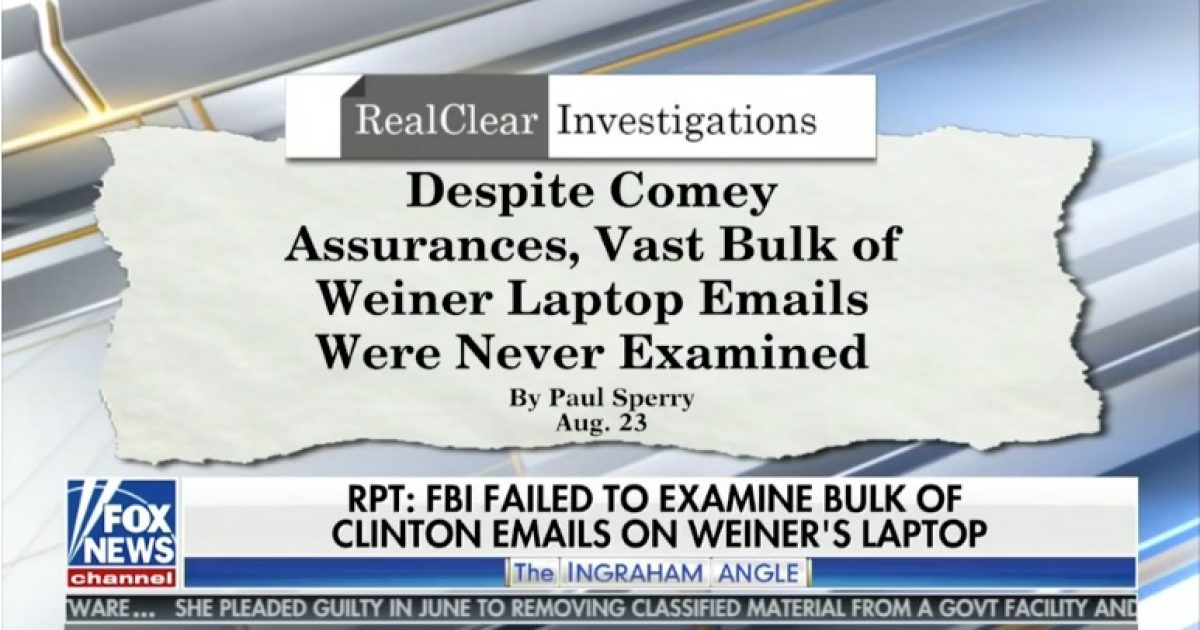 Comey ended the second round of the Clinton email investigation after the FBI “reviewed all of the communications” on the Abedin-Weiner laptop.

According to the story, Comey mislead Congress when he assured the legislative body the FBI conducted a thorough analysis of all the emails.

But virtually none of his account was true, a growing body of evidence reveals.

In fact, a technical glitch prevented FBI technicians from accurately comparing the new emails with the old emails. Only 3,077 of the 694,000 emails were directly reviewed for classified or incriminating information. Three FBI officials completed that work in a single 12-hour spurt the day before Comey again cleared Clinton of criminal charges.

“Most of the emails were never examined, even though they made up potentially 10 times the evidence” of what was reviewed in the original year-long case that Comey closed in July 2016, said a law enforcement official with direct knowledge of the investigation.

“James Comey told Congress that they had reviewed all of the Clinton emails, hundreds of thousands, that were found on the Weiner laptop. But that was not true. They barely looked at any of them. Just 3,000 of 700,000,” Sperry began during his appearance on Fox News’s “Ingraham Angle.”

Sperry’s work exposes the degree to which the FBI, under the leadership of Comey, went to great lengths to protect then-presidential candidate Hillary Clinton.

The fix was in…