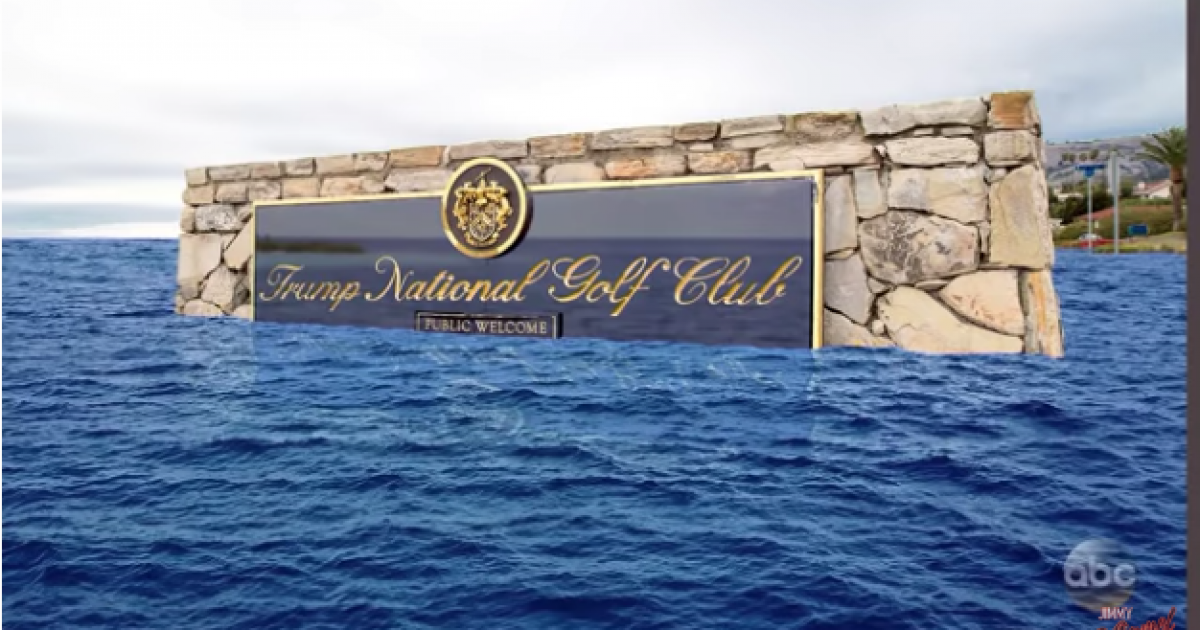 Kimmel listed a number of issues such as high temperatures and rising water levels to claim as proof of global warming.

The host of “Jimmy Kimmel Live” then used a picture of a flooded Trump golf course to make a direct appeal to the president.

“Somebody needs to get through to the president before it’s too late,” Kimmel told his audience “So as a service to the planet, we made something that I hope he sees that this breaks down I think in terms that I hope will resonate with him.”

He then shows a dramatic video featuring a narrator describing the consequences of climate change, but it quickly makes a direct appeal to the president.

Kimmel neglected to mention that the U.S. leads the world in carbon dioxide reductions:

Chart of the Day: Last year the United States had the largest decline in CO2 emissions *in the entire world* for the 9th time this century. @AEIdeas @Mark_J_Perry https://t.co/BCnKJTirfE pic.twitter.com/8wN5kZJBDK

The truth is predictions of future global temperatures such as “…3 to 9 degrees Fahrenheit [between now and] the year 2025 to 2050,” and huge increases in sea levels resulting from the spike in temperatures has not materialized.

Consider the opening global warming salvo (quoted above). Dire predictions of global warming and sea-level rise are well on their way to being falsified—and by a lot, not a little. Meanwhile, a CO2-led global greening has occurred, and climate-related deaths have plummeted as industrialization and prosperity have overcome statism in many areas of the world.

Take the mid-point of the above’s predicted warming, six degrees. At the thirty-year mark, how is it looking? The increase is about one degree—and largely holding (the much-discussed “pause” or “warming hiatus”). And remember, the world has naturally warmed since the end of the Little Ice Age to the present, a good thing if climate economists are to be believed.

Kimmel’s appeal to President Trump is not funny or accurate.