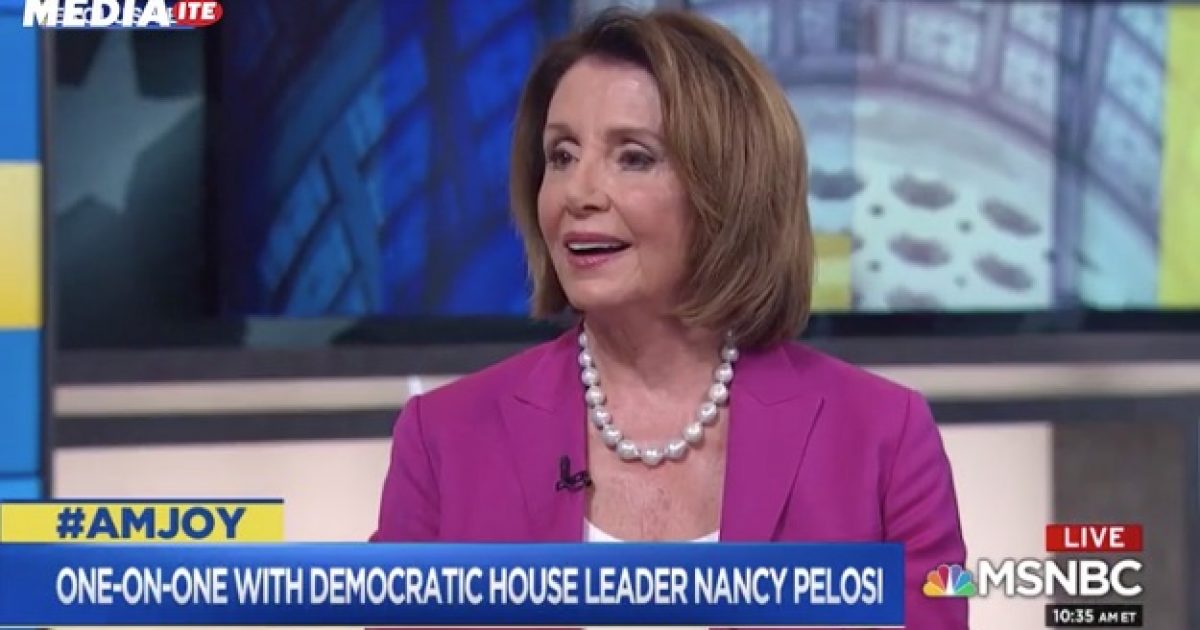 During an interview on MSNBC, House Minority Leader Nancy Pelosi accused NBC News of working against her role in the House of Representatives.

Pelosi was not pleased with an NBC News story that reported a number of Democrats claiming they would not vote for her to become Speaker of the House if Democrats took control of the legislative body.

During an interview on MSNBC’s AM Joy on Sunday, House Minority Leader Nancy Pelosi pointed fingers at NBC for “undermining” her chance of getting back the Speaker’s gavel if Democrats take the House in November.

Earlier this week, NBC published an article citing 51 Democrats who would not support Pelosi for House Speaker.

Pelosi also blasted the Trump administration during the interview.

Trump's cabinet & the rest and effort that #CultureOfCorruption, cronyism & incompetence stand in the way of stopping the pollution of air, in fact, promoting it… There's a real clarity now in the obstacle that their #CultureOfCorruption is doing to impede better policy. #AMJoy pic.twitter.com/Li255mDdPk

Republicans are targeting Pelosi in campaign advertising for the midterm elections.

Nancy Pelosi has long been a favorite target of GOP attack ads. But Republicans seem to be taking it to another level in this election cycle.

The House Democratic leader has been featured in roughly one-third (34%) of all GOP broadcast ads aired in House races this year, according to data provided to the USA TODAY NETWORK by Kantar Media’s Campaign Media Analysis Group (CMAG), which tracks political advertising.

Democrats know Pelosi is a political liability in some of the House races that are distancing themselves from her by taking a public stand against the current House minority leader.