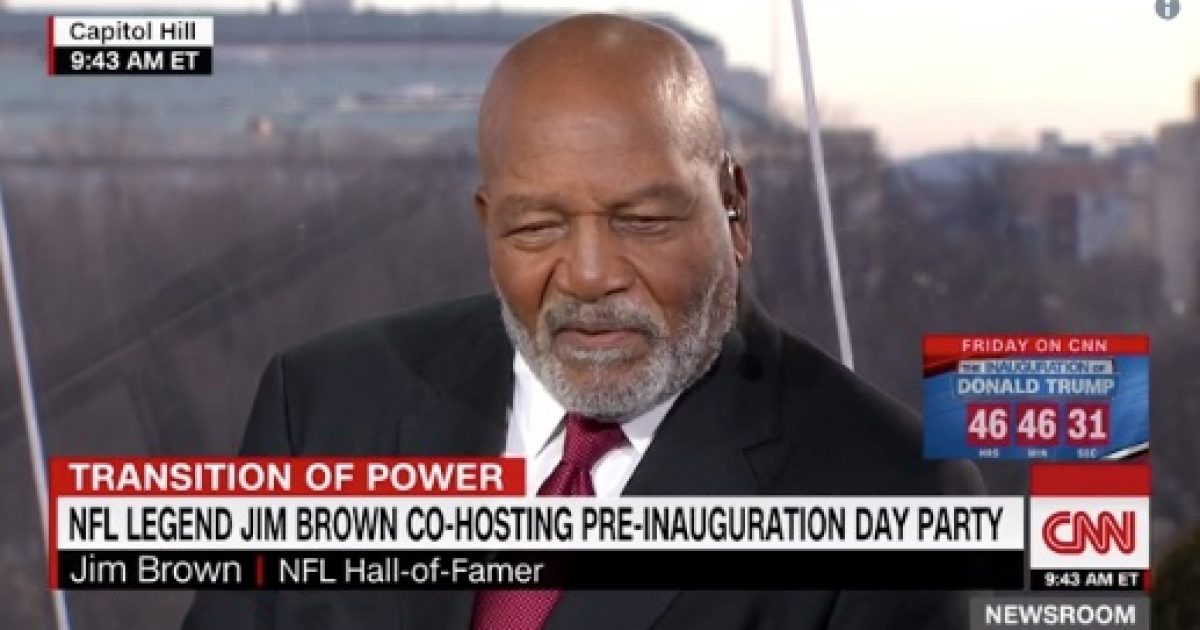 Hall of Fame running back Jim Brown delivered a strong statement against player protests during the National Anthem.

Brown made comments on the premiere of the HBO series “Hard Knocks” which is featuring his former team the Cleveland Browns.

The wait is over. #HardKnocksHBO returns to the field with the @Browns tonight at 10 PM. pic.twitter.com/KHymJrHg9u

In an interview before the premiere of HBO’s “Hard Knocks,” Brown told The Associated Press that he respects players’ right to protest during the national anthem, as dozens did last season, but the 82-year-old said he personally “will always respect the flag.”

“I am not going to denigrate my flag and I’m going to stand for the national anthem,” Brown said, according to The Associated Press. “I’m fighting with all of my strength to make it a better country, but I don’t think that’s the issue. Because what is the top side? Are you not going to stand up? This is our country, man.”

Brown’s comments must be taken with respect since he lived during the civil rights struggle and was a leader of the movement.

It’s too bad the NFL is not following Brown’s leadership.

NFL Legend Jim Brown: When I hear John Lewis cry the blues about Donald Trump, I take offense to that https://t.co/UHwqFFYCyz