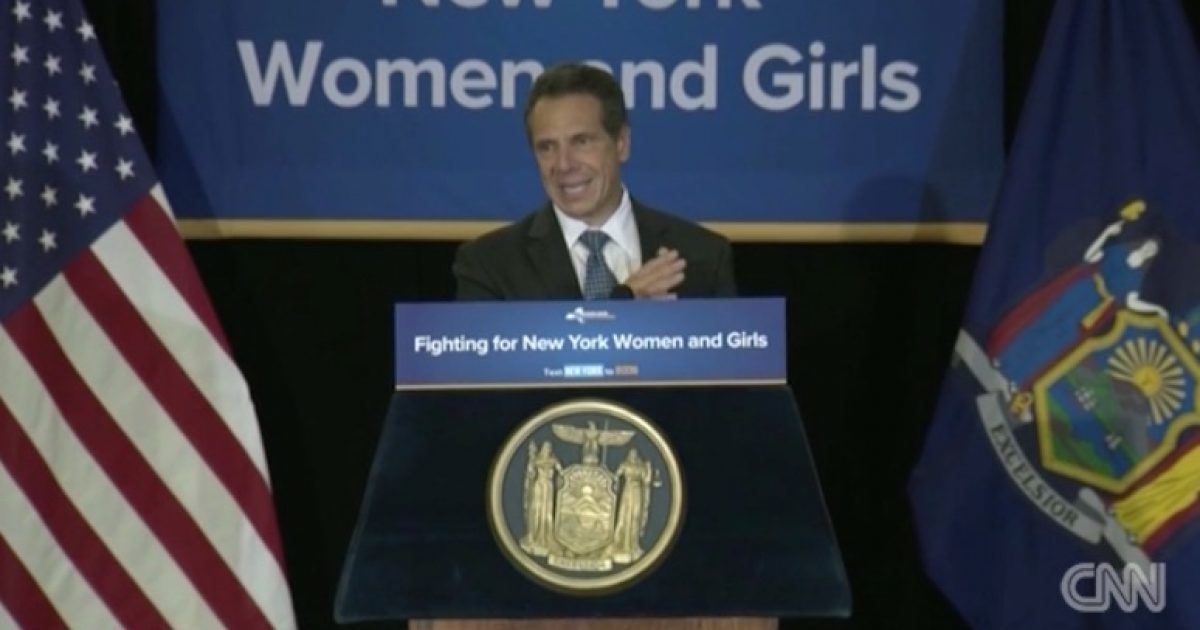 Trying to draw a distinction between his views and President Trump’s, Cuomo questioned America’s greatness.

“We are not going to make America great, America. It was never that great,” Mr. Cuomo said. “We have not reached greatness. We will reach greatness when every American is fully engaged.”

Cuomo is now trying to repair the political damage of his statement.

“The governor believes America is great and that her full greatness will be fully realized when every man, woman, and child has full equality,” Lever said. “America has not yet reached its maximum potential.”

“WE’RE NOT GOING TO MAKE AMERICA GREAT AGAIN, IT WAS NEVER THAT GREAT.” Can you believe this is the Governor of the Highest Taxed State in the U.S., Andrew Cuomo, having a total meltdown!

Cuomo’s attempt to get attention by drawing a contrast with President Trump backfired.

The policies promoted and implemented by President Trump is Making America Great Again and slamming America is not the path to enhance Cuomo’s political ambitions.