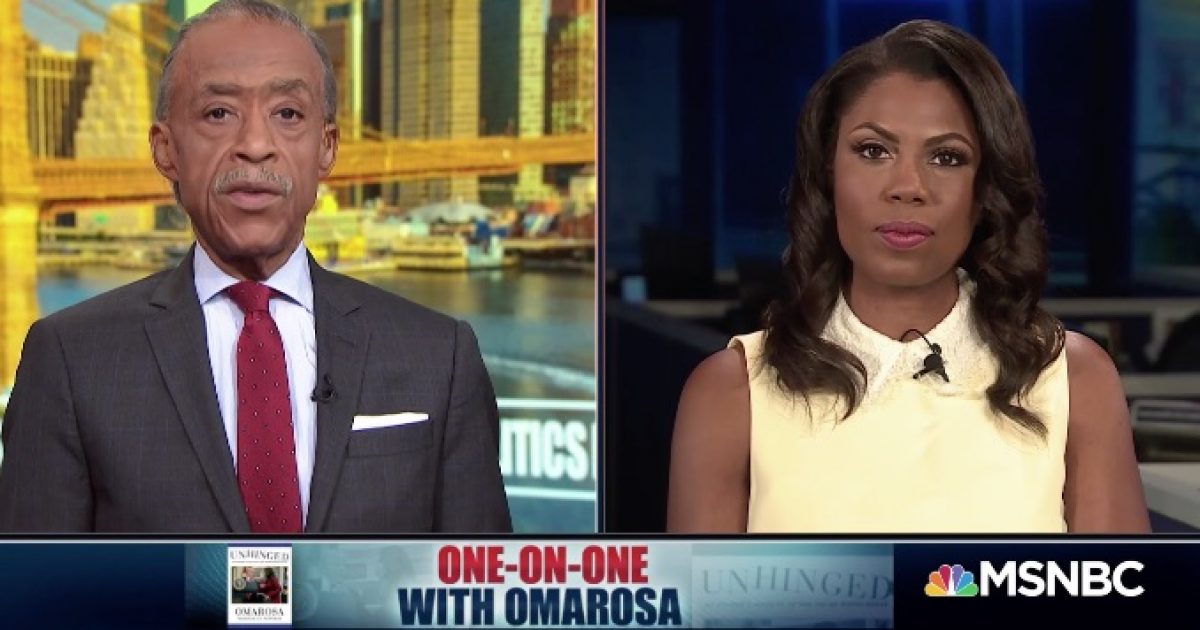 Omarosa Manigault Newman delivered a number of alarming statements during her interview on MSNBC’s, “Politics Nation with Al Sharpton.”

Omarosa claims President Trump is not really interested in helping the black community and most concerning says the president “wants to start a race war.”

“We have a lot to lose right now,” Manigault Newman said on MSNBC’s “Politics Nation,” referencing Trump’s appeal to African-American voters during the 2016 campaign.

“I believe he wants to start a race war in this country,” she added.

Sharpton and Omarosa took turns blasting the president along racial lines and she also repeated her claim that President Trump is a racist.

Sharpton and Omarosa are blasting President Trump to advance their own agendas.

Omarosa is making outrageous claims to sell as many books as possible and Sharpton wants to keep black Americans trapped on the Democrat plantation.

For example, a recent poll by the NAACP reported a sharp rise in black approval of President Trump.

In fact, in a new poll released by the group today, Trump’s approval rating among blacks has reached 21 percent, more than double what it was in an April Reuters poll.

The Left is going to try to make the most out of Omarosa’s wild claims about President Trump but at the end of the day, black Americans will judge the president on his accomplishments, specifically, how their lives have improved under the president’s policies.