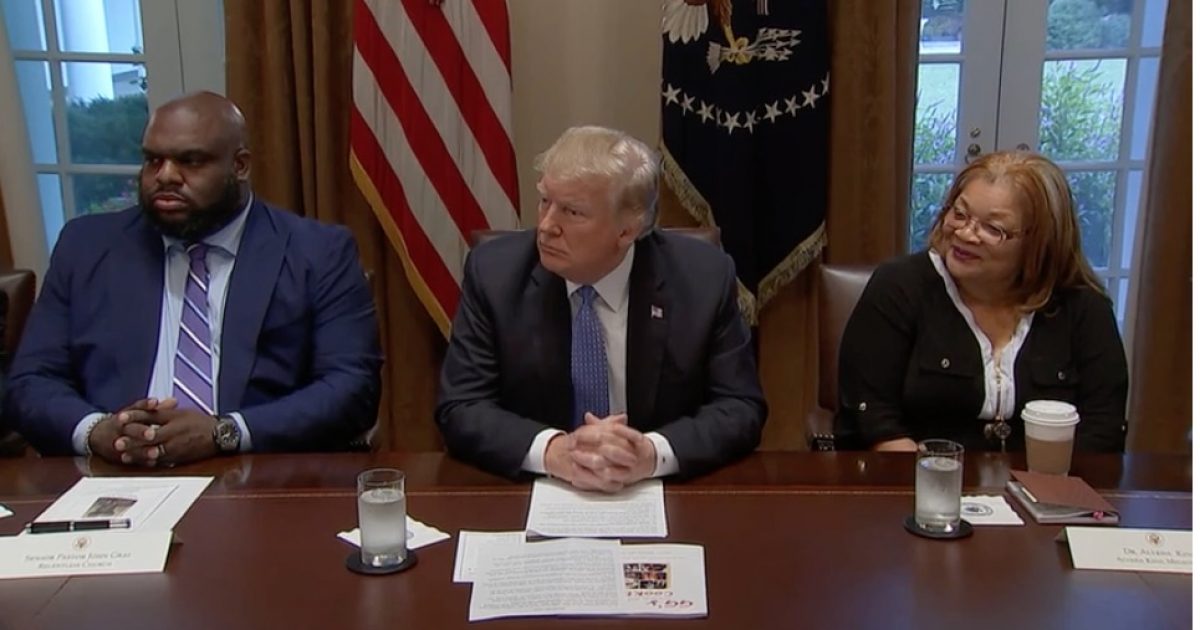 President Trump is gaining popularity among black Americans according to the latest findings from Rassmussen Reports daily tracking poll.

The poll also found 48 percent of likely voters approve of the way President Trump is carrying out his job responsibilities.

This is the second indication that black Americans are showing increasing support for President Trump.

The jump in support at that time was attributed to comments made about President Trump from entertainer Kayne West.

Black support of President Trump is the worst possible news for Democrats because they need overwhelming support from black voters to win elections.

Stories by The Root, “Jesus, Take the Wheel Because Your Shepherds Have Turned Into Sunken-Place Sheep,” and “The 8 Kinds of Black Donald Trump Supporters,” attack blacks for supporting the president.

An article in The Washington Post expressed doubt about President Trump getting black voter support:

Despite the desires of those affiliated with the Trump administration who are focused on black voter outreach, there won’t be any significant changes to support for the president from the black community, based on historical voting patterns. How black Protestants vote overlaps significantly with black Americans in general, meaning Trump lost their support in 2016 and has continued to poll poorly with the groups.