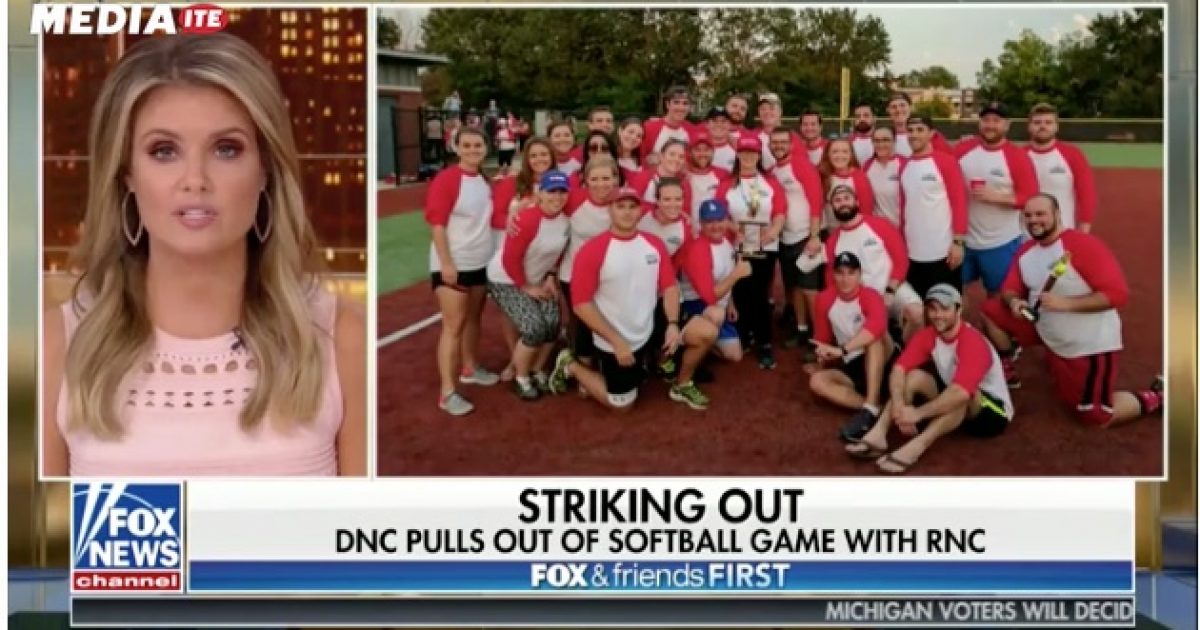 The hostility of Democrats toward Republicans has escalated to the softball field.

The DNC refused to participate in the annual softball game with the RNC.

Despite being a time-honored tradition going back many years, the DNC is refusing to play the RNC at this year’s annual softball game.

RNC sources tell The Daily Caller that they were “stunned” when Democrats abruptly pulled out of the good-natured game between leadership and staffers at opposing political organizations.

The game was an opportunity to put aside the partisan bickering and come together in friendly competition. The decade-old tradition typically ended in staffers having a drink at a nearby bar.

The RNC-DNC softball game was an annual tradition and a time to put aside politics. It’s a shame @TheDemocrats are refusing to participate this year. https://t.co/5kyRnhFeEn

The DNC did not respond to the media as of yet.