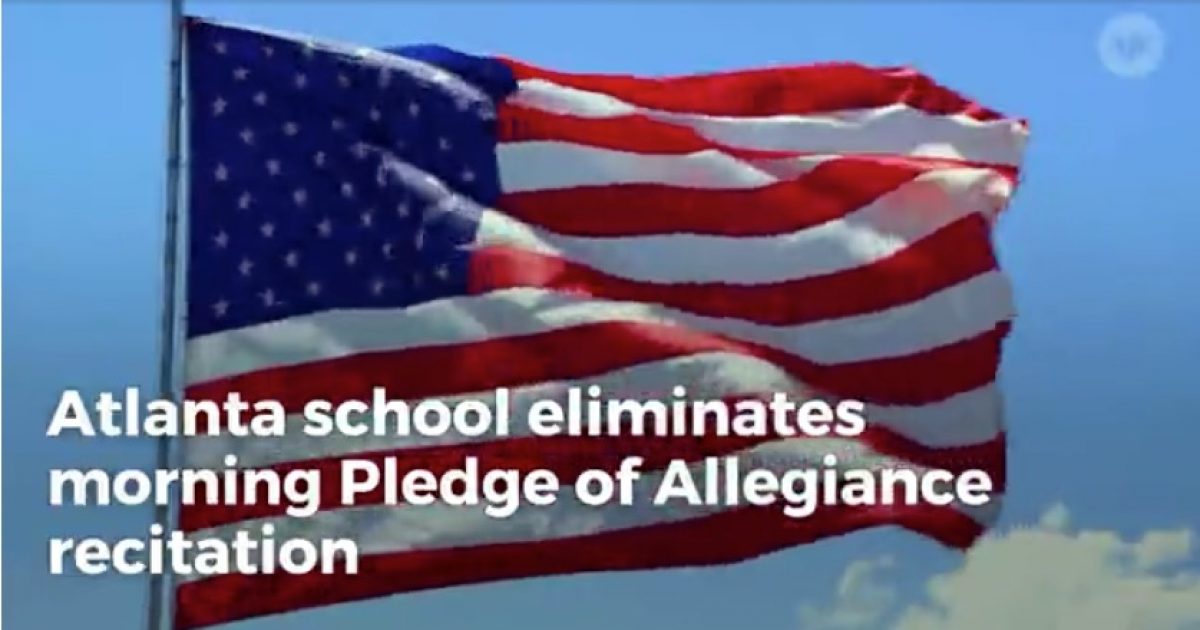 The Pledge of Allegiance is suddenly controversial.

Following the nationwide controversy over NFL football players protesting the National Anthem, the Pledge of Allegiance is the focus of protests.

In early August, a school in Georgia decided to stop having children recite the Pledge of Allegiance at the beginning of the school day.

However, following the backlash, the school reversed its original policy.

The decision was made “in an effort to begin our day as a fully inclusive and connected community,” Zelski said. “Over the past couple of years it has become increasingly obvious that more and more of our community were choosing to not stand and/or recite the pledge.”

An Atlanta school is no longer requiring its students to stand each morning for the Pledge of Allegiance.

In a letter to students and families, Lara Zelinski, principal of Atlanta Neighborhood Charter School’s elementary campus, said “students will continue to lead the meeting by asking our community to stand to participate in our Wolf Pack Chant together.” She added that the Pledge of Allegiance could be said at another point during the day within classrooms.

The school announced a reversal in policy after pushback from state elected officials.

By about 6:15 p.m., the school issued a statement saying its policies were aligned with those of the Georgia Department of Education but ” … it appears there was some miscommunication and inconsistency in the rollout. Starting next week, we will return to our original format and provide our students with the opportunity to recite the Pledge during the all-school morning meeting.”

The state DOE policy demands that schools set a time for the pledge, each school day, at the beginning of the school day or during the homeroom period. But students may not be compelled to recite the pledge, it adds.

The Pledge of Allegiance controversy also hit the state of Connecticut.

In Connecticut, a Board of Selectmen member in Haddam has been taking a knee during the pre-meeting Pledge of Allegiance, which garnered national attention.

Melissa Schlag, a Democrat, kneeled before the start of two public meetings this summer and at the second meeting she took a knee and dozens of people berated her.

The Republican-American reports that New Hartford School Board Chairman Josh Adams resigned after the board voted to mandate each meeting begin with the Pledge of Allegiance. Tom Buzzi, who pitched the policy, said it was meant to unite everyone in the district after a prior contentious vote on closing a school.

Actions against the Pledge of Allegiance is part of the overall feeling expressed by New York Democrat Governor Andrew Cuomo who said America “was never that great.”

Protesting the Pledge of Allegiance and the National Anthem are designed to make cheap political points and feed the angry left-wing mob with ammunition.