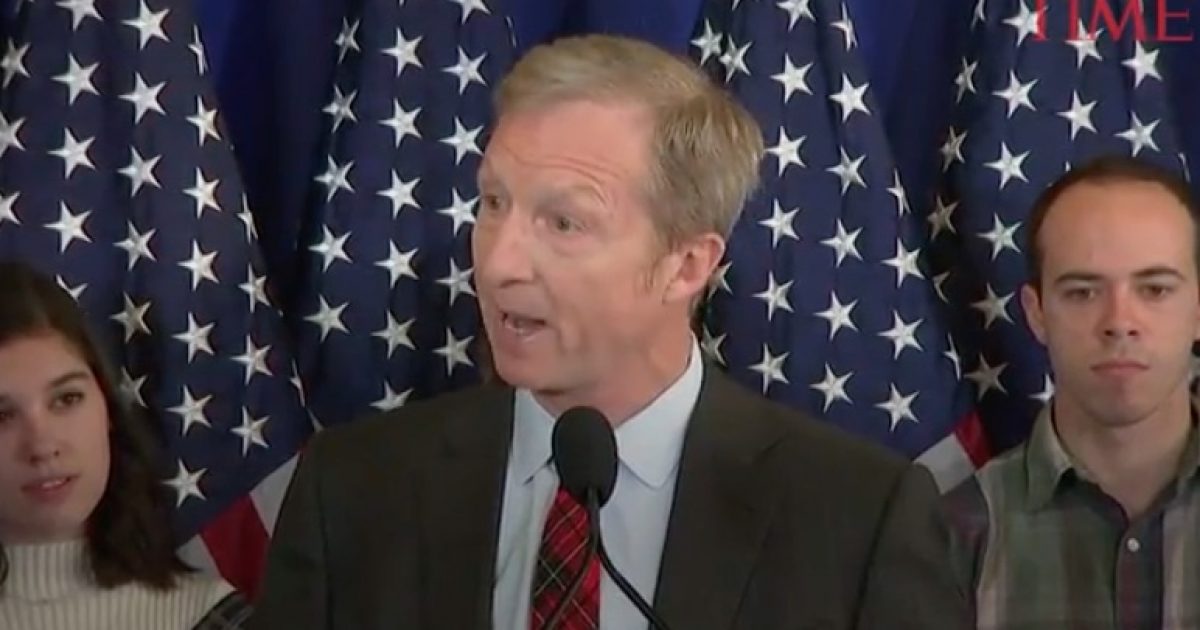 California Democrat billionaire Tom Steyer is pushing harder for the impeachment of President Trump after the president’s former lawyer, Michael Cohen, pleaded guilty this week “to campaign finance violations and other federal crimes.”

Cohen claimed he was directed by Trump to commit a crime.

Cohen did not name Trump himself Tuesday, when he admitted in court to various crimes, and prosecutors did not mention the president’s name in the plea agreement.

However, Cohen said “a candidate” for federal office directed him to make illicit payments to two women meant to influence the 2016 elections.

Steyer is not done. Tuesday’s events directly motivated Need to Impeach to redouble its efforts and cut a new television ad calling for impeachment due to corruption, Kevin Mack, the group’s lead strategist, told CNBC on Wednesday. He expects the group will spend at least $1 million nationally to place the ad, which will film in the next 48 hours.

Steyer is not the only one seeking President Trump’s impeachment.

Rep. Maxine Waters says Trump impeachment should be on the table now more than ever. #ctl #p2 #Trump #Impeachment pic.twitter.com/9hJmrvqH6V

Comments by Steyer and Waters are not idle threats.

If Democrats take control of the House of Representatives, the impeachment of President Trump is almost a certainty.