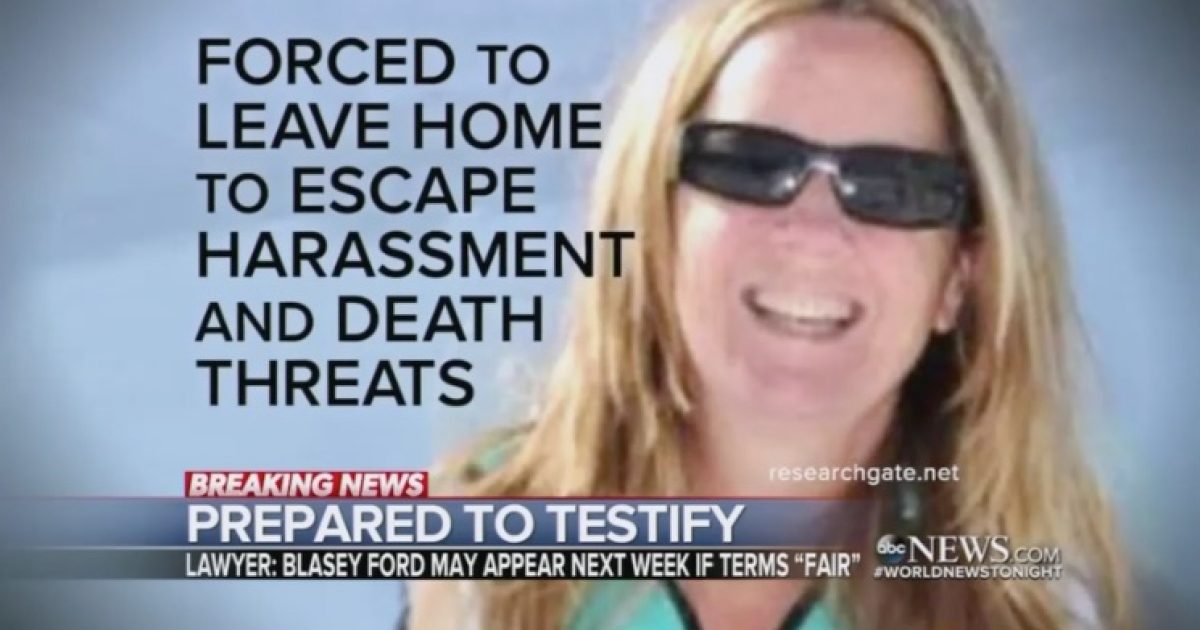 The sexual assault claim against Supreme Court nominee Judge Brett Kavanaugh resulted in a huge political fight between warring members of both political parties and their supporters.

At the center of the controversy is Christine Blasey Ford who claims Judge Kavanaugh sexually assaulted her over 35 years ago.

Unfortunately, the passions on both sides are getting way out of control exhibited by death threats against politicians involved in the matter, the judge, Ford, and their families.

However, media coverage regarding the threats is not balanced.

Sadly, since coming forward with accusations of sexual assault against Supreme Court nominee Judge Brett Kavanaugh, Dr. Christine Blasey Ford and her family have received numerous death threats. During that time, Kavanaugh and his family have also received horrific treatment. Despite the seriousness all around, ABC’s World News Tonight sided with Ford on Thursday by choosing to only report the threats to her and threw those against Kavanaugh in the trash.

It’s journalism malpractice to ignore the threats made against Judge Kavanaugh and his family.

The political divide is way out of hand and all responsible parties, including the media and politicians, need to step up and stop the madness before someone gets seriously hurt.