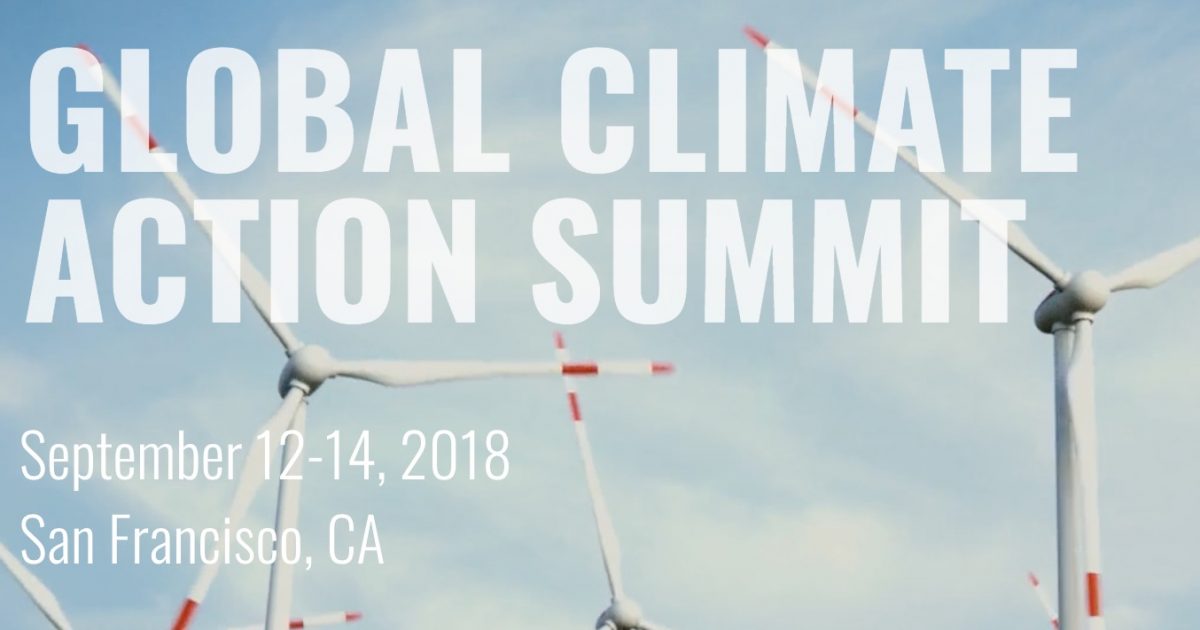 The resistance movement against President Trump was on full display at the Global Climate Action Summit meeting recently held in San Francisco, California.

Angered by President Trump’s environmental policy and his decision to have the U.S. leave the 2015 Paris climate agreement, a who’s who list of climate change activists, politicians, and businesses blasted the president and announced bold climate action goals.

The climate action commitments made by state and local governments as well as businesses are intended to bypass federal policy, but in keeping with left-wing ideas, the economic consequences of the policies were ignored.

In a symbolic act of defiance against President Trump, California Democrat Governor Jerry Brown announced plans for the Golden State to launch its own satellite to monitor pollutants linked to climate change.

In his closing remarks at the conference, Brown said, “With science still under attack and the climate threat growing, we’re launching our own damn satellite.” The satellite project will be privately funded, but state workers will be involved with the effort.

California just doubled down on its goal to become the renewable energy leader by expanding the state’s current commitment to reduce carbon dioxide emissions.

Just before the climate meeting, Brown signed a new California law mandating that 100 percent of the state’s electricity must come from energy sources that don’t emit carbon dioxide by 2045. The prior law mandated that 33 percent of its electricity come from renewable sources by 2020, with an additional target of 50 percent by 2030.

The new law requires that 60 percent of California’s electricity come from renewable sources such as wind and solar by 2030 and the remaining 40 percent must be from “zero carbon” energy sources by 2045. “Zero carbon” energy includes renewable energy but also hydropower, nuclear, or natural gas, if the carbon emissions are captured and buried.

Carbon-free is not cost-free. The push away from fossil fuels is already making California residents pay more for electricity than the average U.S. resident. According to the U.S. Energy Information Administration, residents in California are paying 19.9 cents per kilowatt hour compared to 13.02 cents for the U.S. average residential cost.

The new law will drive electricity rates in California even higher, with a negligible reduction in carbon emissions — less than 0.2 percent of global carbon dioxide emissions are derived from the state’s power generation.

High gasoline and electricity prices are regressive, hurting low-income families. California may be “a leader” on climate change, but the state also leads the nation in poverty rates, and higher energy costs can only exacerbate the problem.

Playing climate change politics with pension funds is risky, especially since the New York City pension funds for police, firefighters, and teachers are not meeting investment goals, and the unfunded liabilities are growing at a significant rate. Taxpayers will be on the hook to pay for the city’s pension fund shortages. With the status of current pensions’ challenges, investments should be made to yield maximum financial return devoid of political grandstanding.

The data shows the U.S. leads the world in carbon dioxide reductions without being part of the Paris agreement, but those facts don’t fit the anti-Trump narrative promoted at the climate meeting.

Resisting President Trump on climate change is classic left-wing politics, where the policy costs are paid by others.