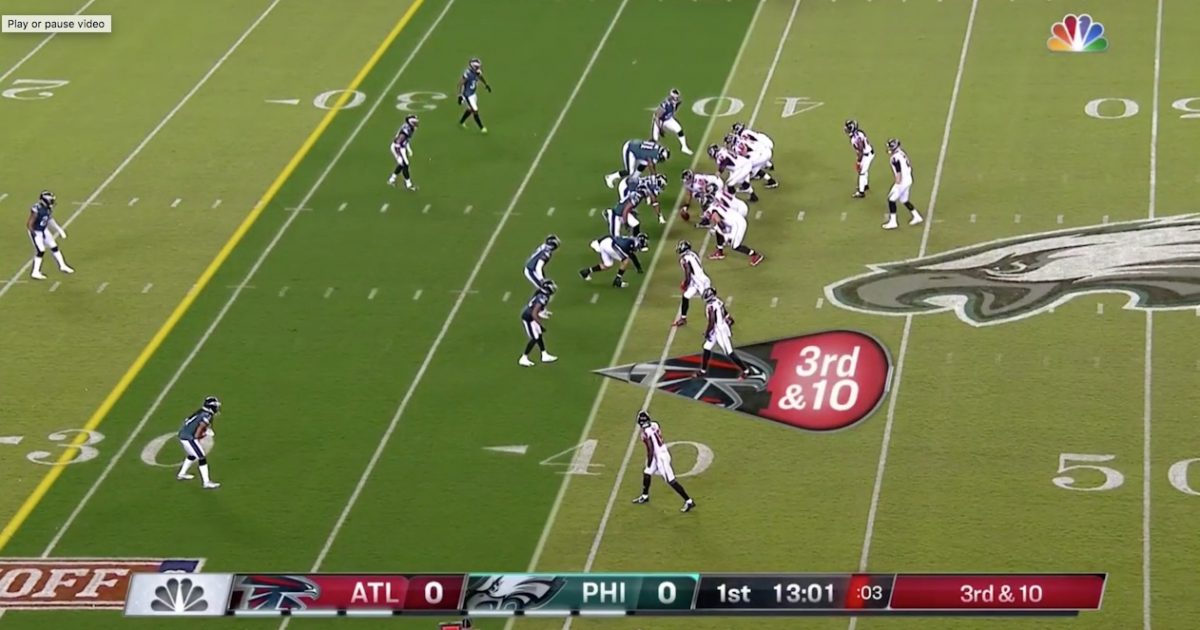 The opening NFL game between the Super Bowl-winning Philadelphia Eagles and the Atlanta Falcons recorded a double-digit drop in viewership.

The game also featured one player who decided to continue the protest during the National Anthem.

That’s another year of straight double digit decline for the NFL and NBC. With last years opener holding the previous record, the 2018 battle in Philly is also the worst any kickoff game has done since 2009.

Eagles defensive lineman Michael Bennett decided to sit on the bench at one point during the National Anthem.

Philadelphia Eagles defensive end Michael Bennett sat on the team’s bench near the end of the national anthem before Thursday night’s NFL season-opening game against the Atlanta Falcons at Lincoln Financial Field.

Bennett, who previously protested during the anthem while with the Seattle Seahawks, stood behind Eagles safety Malcolm Jenkins at the beginning of the anthem Thursday night. He later walked toward the Eagles’ bench and paced in front of it and then, with the song nearing its end but still in progress, sat on the bench.

The NFL is experiencing a drop in viewership and attendance. Evidence points to the falling popularity in professional football is tied to the player protests.

Worse, the league is losing its core fans, according to a survey by the Winston Group in October. Upshot: “Prior to the recent NFL National Anthem controversy, the NFL had a favorability with 57% of those surveyed. Post controversy, only 44% had a favorable image of the NFL.”

The NFL is on a downward trend and the league needs to ban the protests to regain football’s popularity.