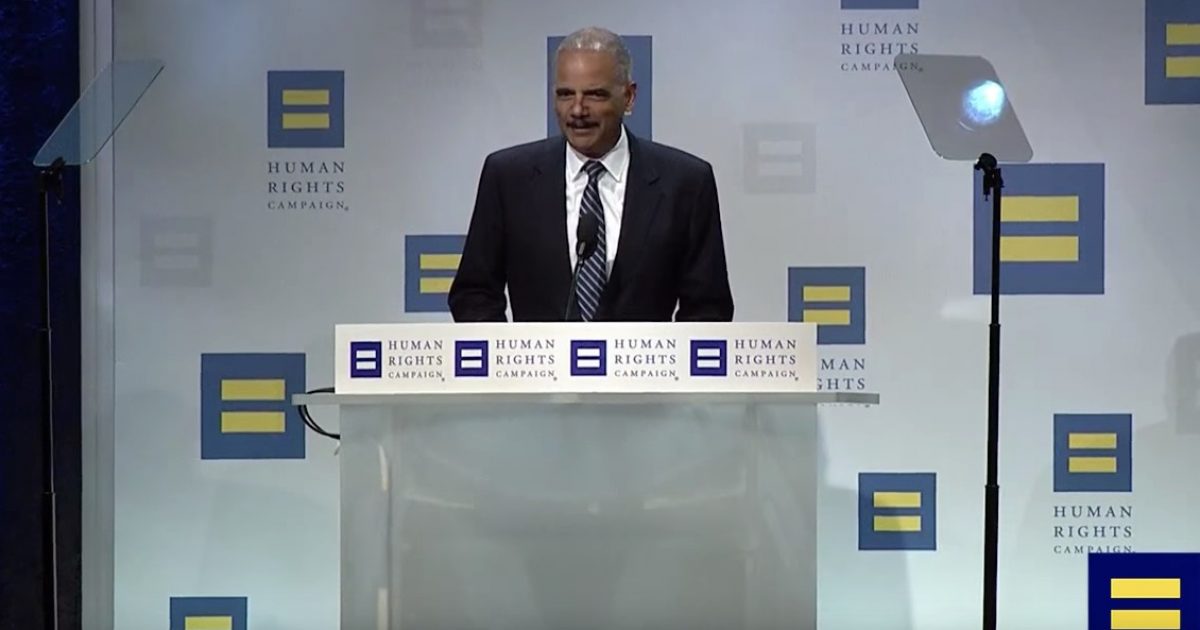 Holder made his comments at the 22nd annual Human Rights Campaign National Dinner.

“This sort of thinking, this ‘Make America Great’ mindset is not only flawed, it’s rooted in fear. And it favors an imagined past over a realistic future,” Holder said while speaking at the Human Rights Campaign National Dinner.

Additionally, Holder raised the question of what point in time would Americans that support President Trump want to go back to.

Holder, considering a run for the 2020 presidential election, urged the audience to vote in the upcoming midterm elections.

“We have an opportunity to send a message … to the present occupant of the White House, to the extremists who surround him and to those that support him, that we will not allow for the dismantling of the social compact forced by Roosevelt and other great presidents between we the people and our government,” he said.

“Make no mistake, we are in the struggle of our lives.”

As we approach the midterm elections, expect more fearmongering and racial rhetoric from Holder and other liberals to drive voters to the polls.