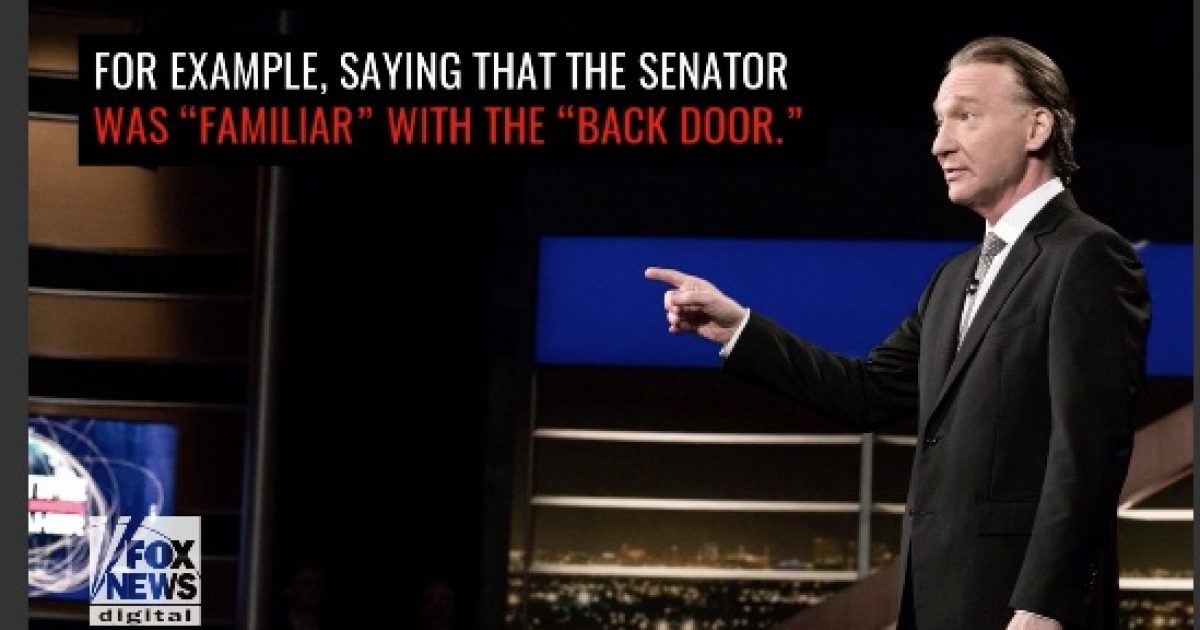 The basis of Maher’s attack was based on Graham’s passionate statement criticizing the way Democrats were trying to derail the confirmation of Judge Brett Kavanaugh to the Supreme Court.

Maher repeatedly suggested Graham was gay in his nasty comments about the Senator.

Maher, host of “Real Time with Bill Maher,” took shots at Graham multiple times — for example, saying in his opening monologue that the senator was “familiar” with the “back door.”

“The fact that Trump can either find people like him or make him … Lindsey Graham needs the stabilizing influence of his dead boyfriend,” Maher said later, in reference to McCain, who died Aug. 25 at age 81.

The liberal star lashed out at Graham over his support for Supreme Court nominee Brett Kavanaugh, who has been accused of sexual misconduct by three women.

“f– u u closeted idiot – this is the patriarchy exposed – this is reality deal with it !!#NoKavanaughConfirmation #NotMyPresident,” O’Donnell tweeted at Graham on Wednesday.

Fans immediately called out O’Donnell for using what they said was a gay slur.

Maher’s and O’Donnell’s vicious and mean-spirited comments expose their allegiance to the Democrat mob.

Voices opposed to Democrat power need to be criticized and mocked in an effort to silence the political opposition.

Democrats are all for tolerance as long as it fits their left-wing ideology.