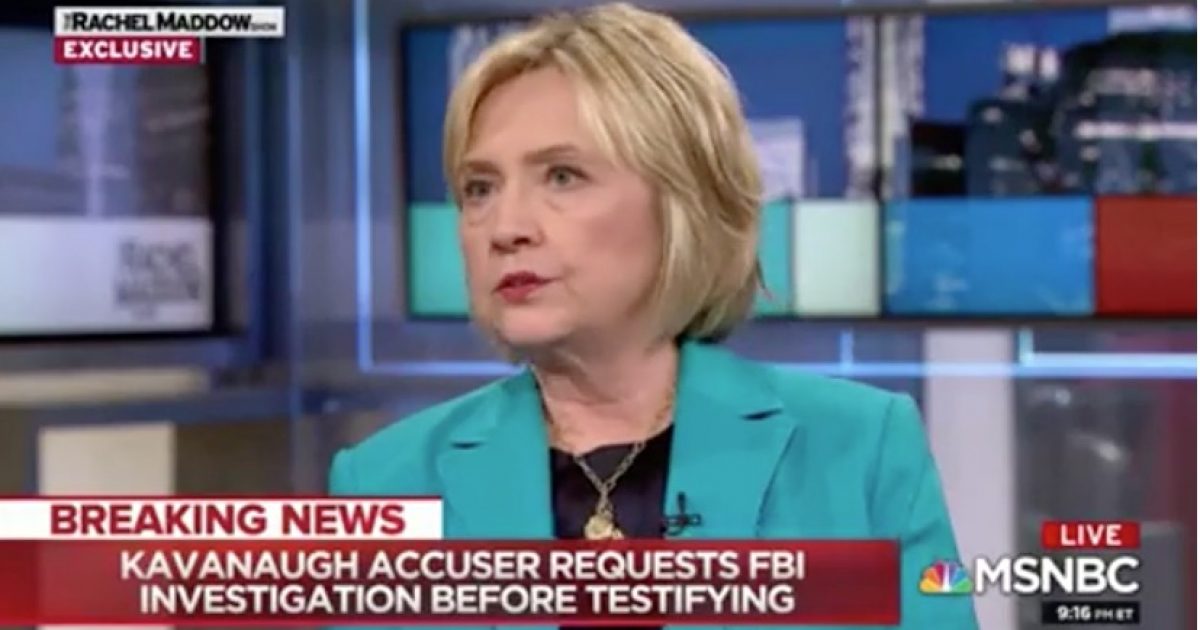 Christine Blasey Ford accused Kavanaugh of sexual assault more than 35 years ago and the claim delayed a Senate confirmation vote.

Clinton also criticized President Trump for what she feels is the president’s “authoritarian tendencies.”

The “authoritarian tendencies that we have seen at work in this administration with this President, left unchecked, could very well result in the erosion of our institutions to an extent that we’ve never imagined possible here,” Clinton said.
And for Clinton, the possibility of Trump with no true congressional check only heightens the importance of the elections in November.

“I think you will only see more of these attacks on our institutions, on our norms, on the rule of law that could do lasting damage,” Clinton said.

Clinton continues to engage in daily politics and refuses to walk off into the sunset.

While Clinton remains popular with Democrats, she wants to use her popularity to drive the liberal base to vote in the November midterm elections.

Clinton’s plan may very well backfire because her consistent media presence could drive Republicans to the polls.