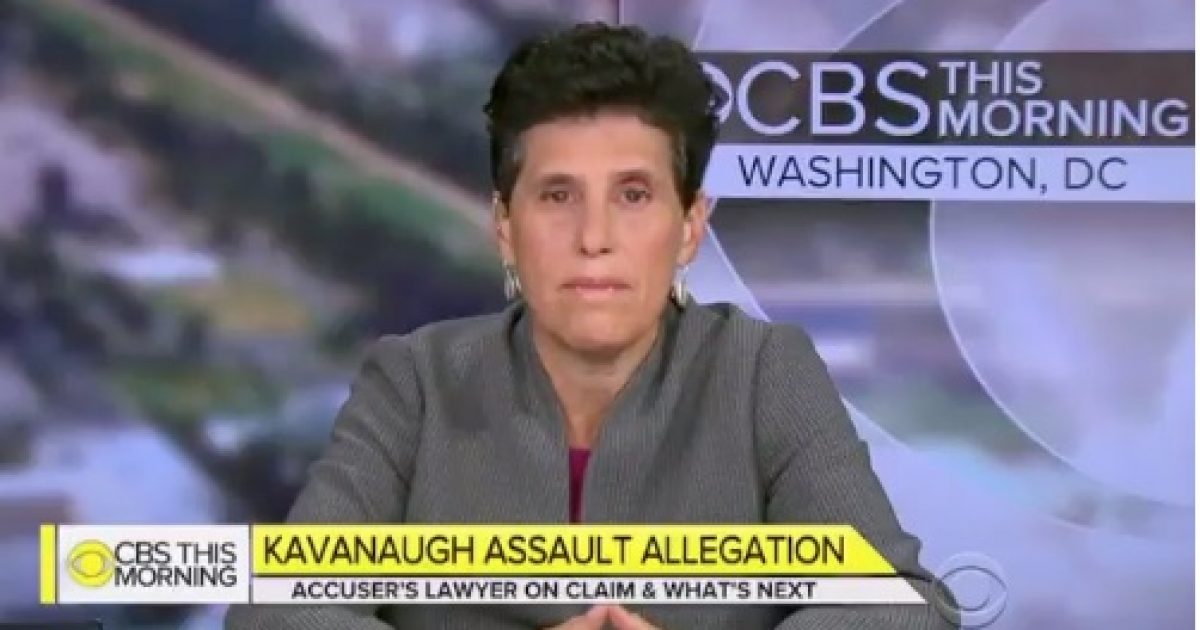 The lawyer representing the woman accusing Judge Brett Kavanaugh of sexual assault is part of the anti-Trump resist movement.

Debra Katz, a lawyer helping Dr. Christine Blasey Ford with her allegations against Judge Kavanaugh, was quoted at a 2017 anti-Trump protest.

The lawyer has numerous ties to the resistance against Trump, and was caught on camera at a protest in February 2017 after Jeff Sessions was confirmed as the administration’s attorney general.

Katz was identified only as a “protester” by ABC’s “Good Morning America.”

The record shows Katz’s views on sexual assault are tainted by politics.

Regarding the Paula Jones case against Clinton, Katz said, “her suit is very, very weak. She has alleged one incident in a hotel room that by her own testimony lasted 10 or 12 minutes. She suffered no repercussions in the work place.”

Similarly, Katz defended former Senator Al Franken. Katz said, “Context is relevant. Well he did not do this as a member of a Senate. He did this in the capacity of someone who was still functioning as an entertainer.”

Naturally, Katz is making the most of her effort in the media:

The entire Kavanaugh controversy is rooted in Democrat anti-Trump advocacy.

Katz is a political activist and Senator Dianne Feinstein (D-CA) did not tell anyone about Ford’s letter during Judge Kavanaugh’s confirmation hearings.

Democrats are using Ford in a desperate effort to stop Judge Kavanaugh from being on the Supreme Court.