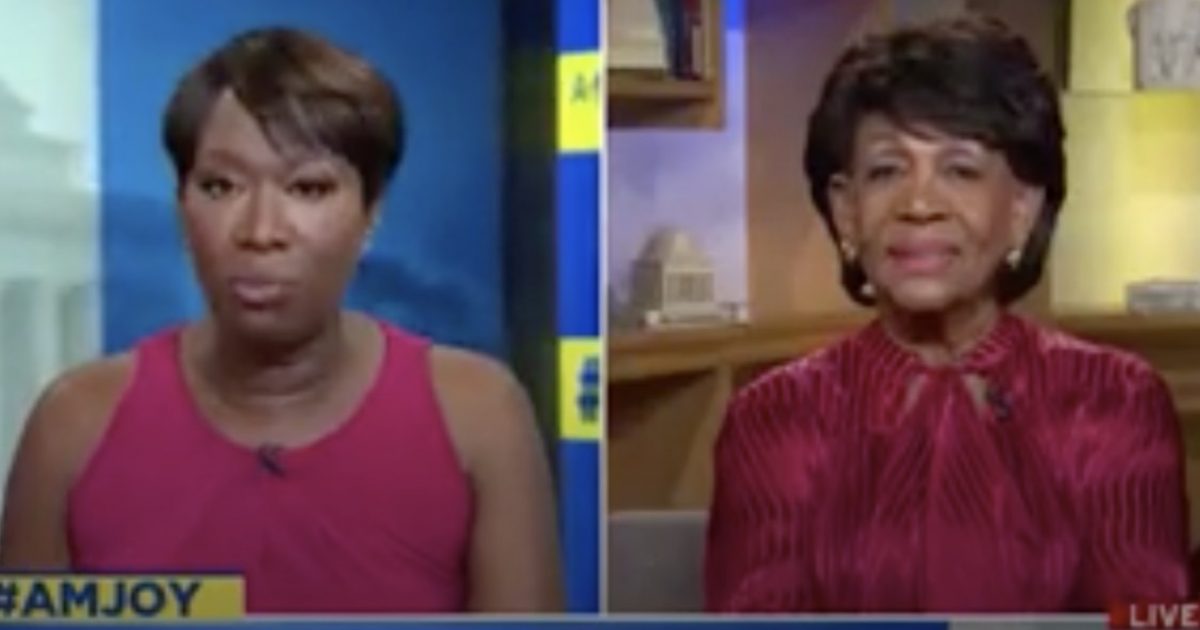 Waters did not stop at bashing President Trump – she advanced her race card rant by attacking the president’s supporters as well.

Waters went on a Trump bashing spree with MSNBC host Joy Reid on “AM Joy,” calling the president “a liar,” “a con man,” and “deceitful.”

“Let me predict that there are many Republicans that will not continue to stand with him,” Waters said Sunday. “This president has displayed the most despicable behavior that any human being could do. And certainly, as a president of the United States, he has disappointed millions of people. And so he’s not a role model for our children. He’s a liar. He’s a con man. He’s deceitful. He makes up stories day in and day out.”

Waters continued her Trump rant, doubling down by injecting race into the discussion saying President Trump’s constituency, “do not like black people anyway.”

However, Waters said, Trump is trying to frighten people with “this black woman,” referring to herself, talking about impeachment. She said the president is “trying to bring out that constituency of his who do not like black people anyway.”

“So when it will be, I don’t know. But it is, you know, possible. And He’s trying to frighten them by saying this black woman who has no reason to talk about impeachment keeps talking about impeachment. Well, he’s not only trying to frighten them, but he’s trying to bring out that constituency of his who do not like black people anyway. So I’m not worried about that. Let him continue to say whatever he would like to say. I think the dots are getting closer to being connected,” Waters said.

Waters is a regular critic of President Trump and as the midterm elections approach, expect more race card rhetoric and character smears from her against him and his supporters.