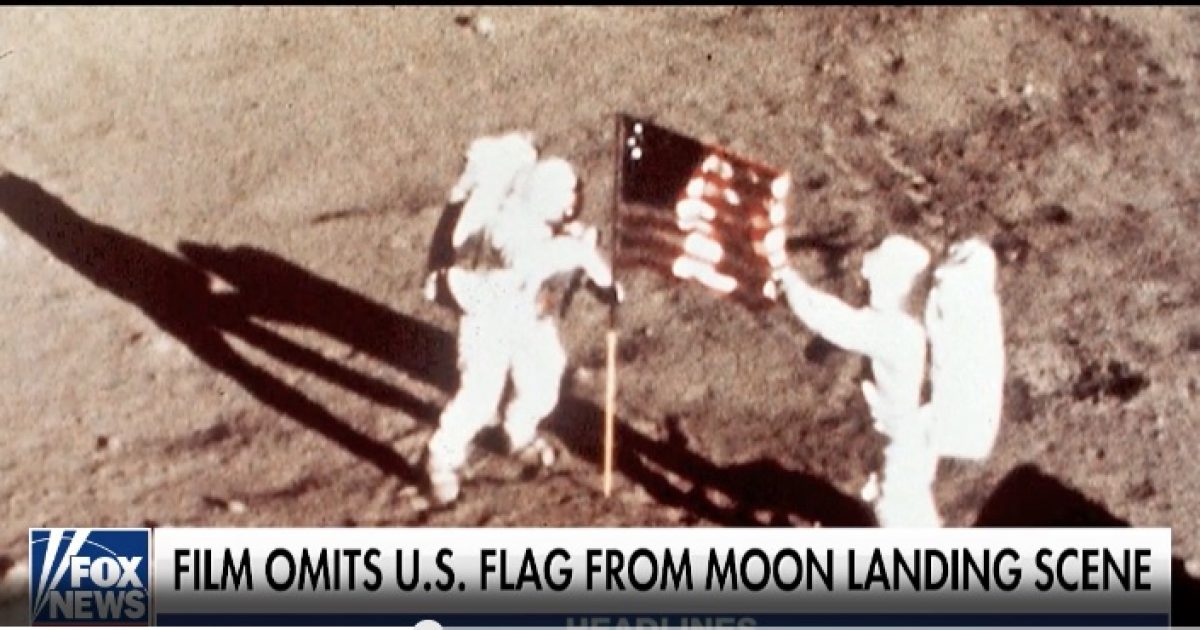 “First Man,” a soon to be released movie about astronaut Neil Armstrong, does not include the planting of the American flag on the moon.

When Neil Armstrong and Buzz Aldrin planted the American flag on the moon in 1969, it marked one of the proudest moments in US history.

But a new film about Armstrong has chosen to leave out this most patriotic of scenes, arguing that the giant leap for mankind should not be seen as an example of American greatness.

Ryan Gosling, who plays Armstrong in the movie, defended the omission of the major patriotic moment in U.S. history by taking a globalist theme saying the moon landing, “transcended countries and borders.”

No Flag for You! Neil Armstrong Movie Skips Patriotism via @Mattphilbin https://t.co/PGk2jqS6pZ

That's not the Neil Armstrong I knew

Fox News reported on the movie:

Gosling also joked that he might have “cognitive bias” against including the American flag because he’s Canadian.

Today, Hollywood and patriotism mix like oil and water.

The U.S. moon landing was a huge accomplishment in U.S. history and it ties directly to President John Kennedy’s goal of beating the Soviet Union in the space race.