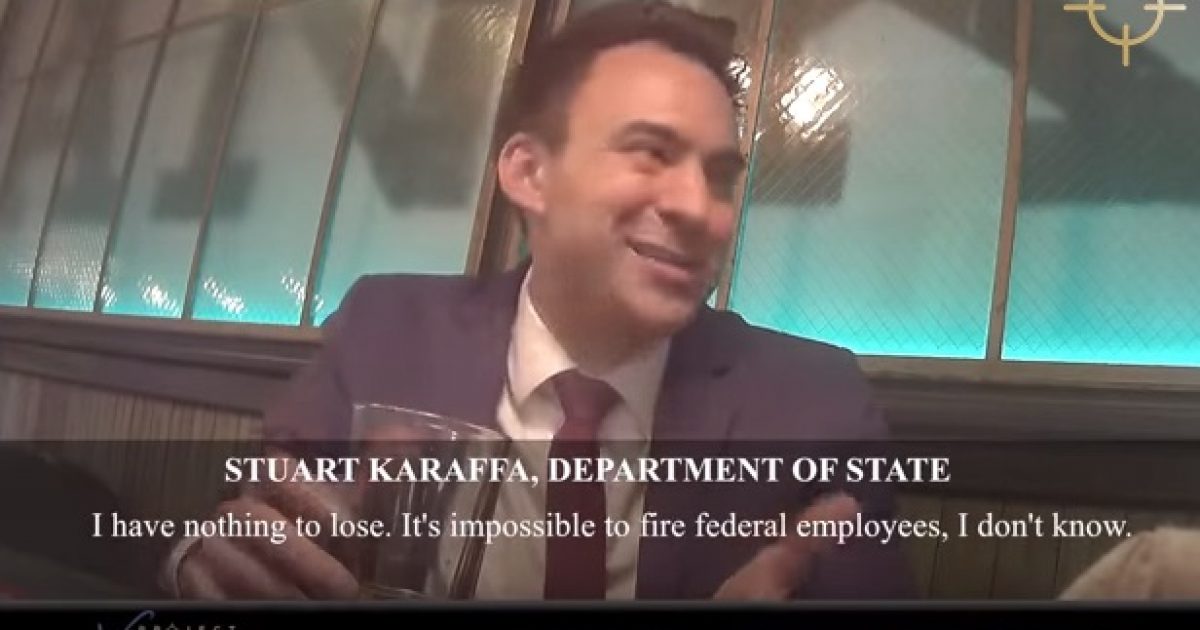 The deep state is alive and well in the Trump administration and some are brazen about their devious actions and disdain for the president.

Project Veritas founder James O’Keefe exposes the deep state in an investigative series with the first highlighting a government employee proudly revealing the work he performs for the Democratic Socialists of America (DSA) on taxpayer’s dime.

Stuart Karaffa, who formerly worked on a data analytics program cut by the Trump administration, told Project Veritas journalists operating a hidden camera that he now filled his 8:30-to-5:00 days with work for the DSA, waiting until quitting time to send his DSA emails.

He said that theoretically he could be caught — “Maybe someday I’ll go to Board of Elections jail” — probably not but joked that it would be impossible to fire a federal employee.

“… I’m careful about it. I don’t leave a paper trail, like I leave emails, and like any press s**t that comes up I leave that until after 5:30. But as soon as 5:31 hits, got my like draft messages ready to send out.”

Karaffa is quoted, saying, “Resist everything. … Every level. F*ck sh*t up.”

With Karaffa exposed, time will tell if he’s held accountable for his brazen words and actions.