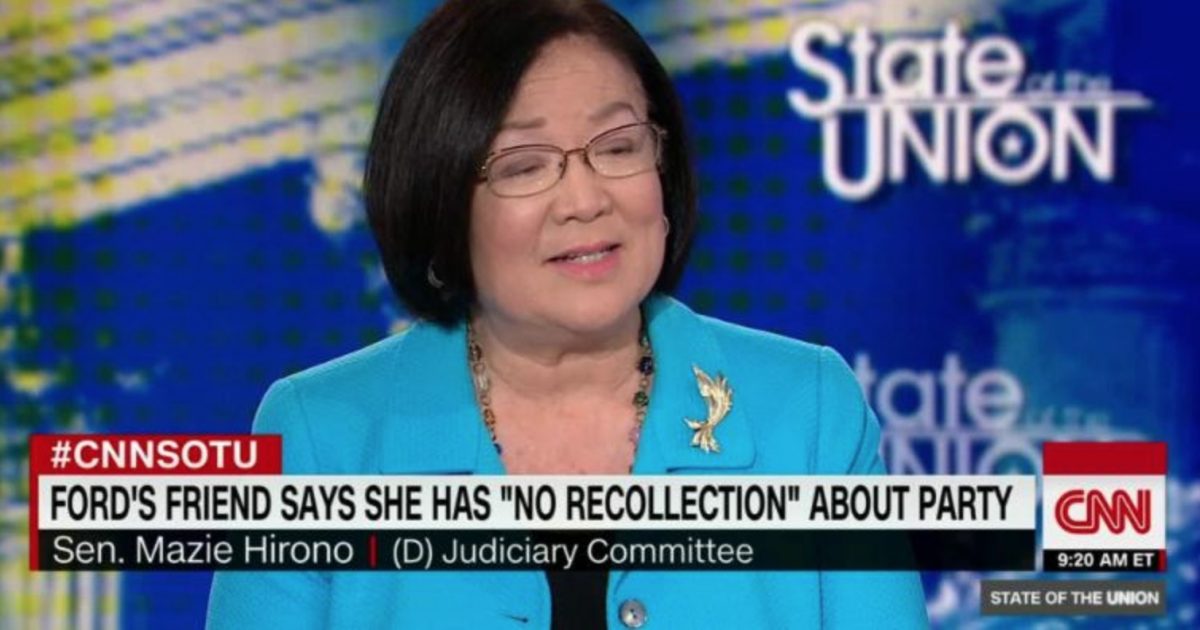 Hawaii Democrat Senator Mazie Hirono is backing the sexual assault accusations made by Christine Blasey Ford against Judge Brett Kavanaugh even before the Senate hearing was scheduled this week.

Hirono expressed her views on CNN’s “State of the Union,” with host Jake Tapper.

“I believe her, let’s put it that way. There’s credibility to her story,” Hirono, a Hawaii Democrat who sits on the Senate Judiciary Committee, said in an interview Sunday on CNN’s “State of the Union.”

“There’s nothing for her to gain by even coming forward with this,” she added.

Hirono is a leading critic of Judge Kavanaugh.

“We have to create an environment where women can come forward and be heard and be listened to. I want to thank Dr. Ford. I commend her courage. I believe her,” the Senator said.

Hirono also had a message for men.

“I just want to say to the men of this country: Just shut up and step up. Do the right thing for a change.”

It’s clear that Republicans have learned nothing over the last 27 years. Bullying a survivor of attempted rape in order to confirm a nominee—particularly at a time when she’s receiving death threats—is an extreme abuse of power. https://t.co/XoAcqEQF1a

Leading Democrats are exposing their bias against Judge Kavanaugh by deciding his guilt based on their feelings that absent of facts and evidence.