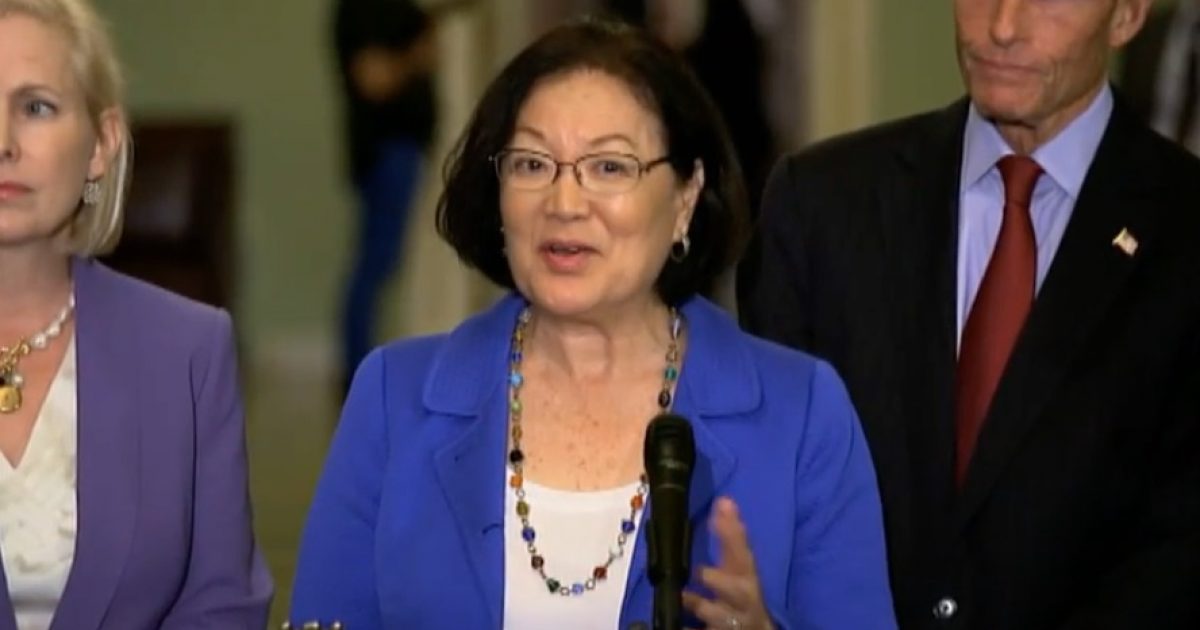 Hawaii Democrat Senator Mazie Hirono, a major critic of Judge Kavanaugh, was caught sending a fundraising email to potential donors soon after the start of the Senate hearing where the judge and his accuser were testifying.

A Democrat from Hawaii on the Senate Judiciary Committee was criticized Thursday for sending a fundraising email Thursday morning as the hearing into accusations of sexual assault against Supreme Court nominee Brett Kavanaugh got underway. Sen. Mazie Hirono from Hawaii said in another email that the fundraiser was sent in error, according to screenshots of the emails shared on twitter.

CNN reporter Kate Bennett tweeted Thursday that she got a fundraising email from Hirono “less than 30 minutes into opening remarks.” Another reporter from the Washington Free Beacon also chimed in to say he received the same fundraising email.

here come the fundraising-off-Kavanaugh-hearing emails — less than 30 minutes into opening remarks, this one from @maziehirono: pic.twitter.com/AOTEghweoG

Hirono is on the November ballot.

After the fundraising letter was reported on in the media, Hirono’s campaign apologized.

A Democratic senator’s campaign apologized Thursday for sending out an email seeking donations in response to the allegations leveled against Supreme Court nominee Brett Kavanaugh while one of his accusers, Christine Blasey Ford, testified to the Senate Judiciary Committee.

The fundraising email supports the theory that Democrat opposition to Judge Kavanaugh’s confirmation to the Supreme Court is rooted in politics.