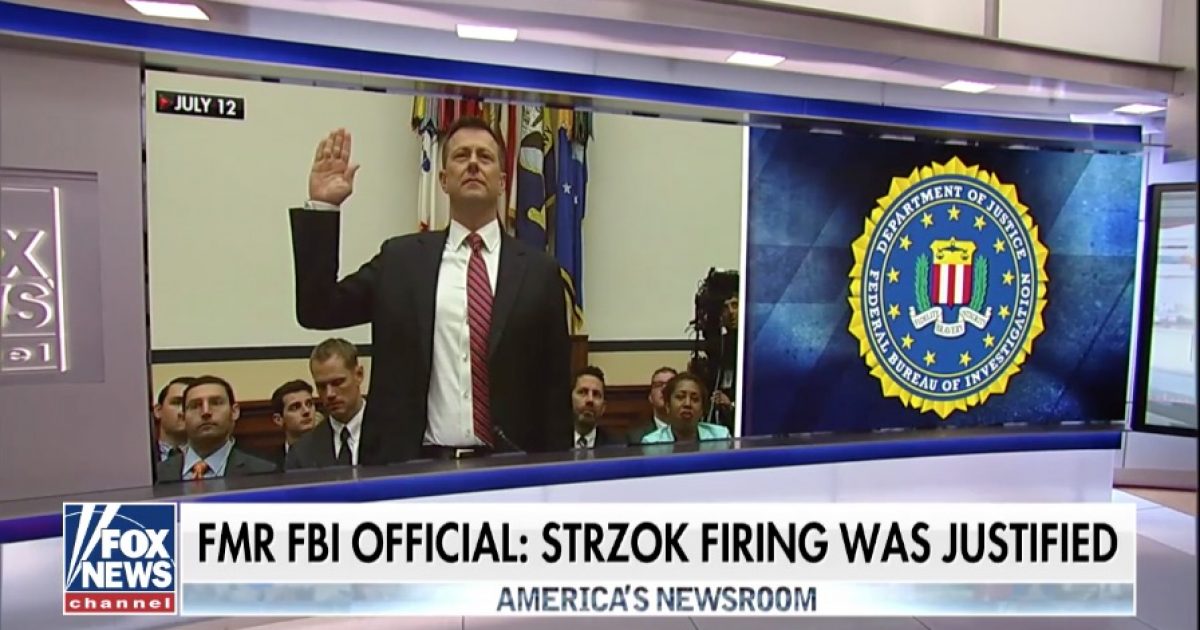 Republican Representative Mark Meadows expressed his concern about an “apparent systemic culture of media leaking” at the FBI and Department of Justice in a letter to Deputy Attorney General Rod Rosenstein.

Reportedly, Strzok and Page were having an affair.

Strzok was the top FBI investigator in the Hillary Clinton email investigation and the lead person in the Russia collusion investigation.

Page was a top attorney at the FBI.

Strzok was fired last month and Page resigned in May.

Meadows points to the timing of the first text message on the leak effort followed by a congratulatory text from Strzok to Page regarding negative news stories.

Two days after Strzok’s first message, he texted Page: ‘Well done, Page,’ before informing her that two negative articles about her ‘namesake’ were imminent.

Page’s ‘namesake’ refers to former Trump adviser Carter Page, who was surveilled by the FBI for months after they were granted a warrant from the Foreign Intelligence Surveillance Act (FISA) court. The DOJ and the FBI were able to convince the court that Carter Page ‘was acting as an agent of a foreign power, in this case Russia,’ according to a Washington Post story.

Earlier this year, a report from the Department of Justice Inspector General on how the FBI handled the Clinton and Russia probes played both sides of the fence.

Michael Horowitz of the Inspector General Office said there was no direct evidence that bias affected decisions at the FBI but also concluded the damage was done.

Earlier in his remarks, Horowitz said his report did not find evidence that FBI decisions directly resulted from bias, but he highlighted the damage their mistakes caused.

Specifically, Horowitz said he could not have confidence that the FBI was free from bias when it prioritized investigating Russian involvement in the election over the contents of former Democratic Rep. Anthony Weiner’s laptop.

“We found the FBI’s explanations for its failures to take immediate action after discovering the Weiner laptop in October 2016 to be unpersuasive, and we did not have confidence that the decision of deputy assistant director Strzok to prioritize the Russia investigation over following up on the Weiner laptop was free from bias in light of his text messages,” he said.

The new text messages draw a straight line between high ranking FBI officials and leaks to the media all designed to harm President Trump.

That’s evidence of bias affecting FBI officials to me but I’m not a government bureaucrat working inside the Department of Justice.