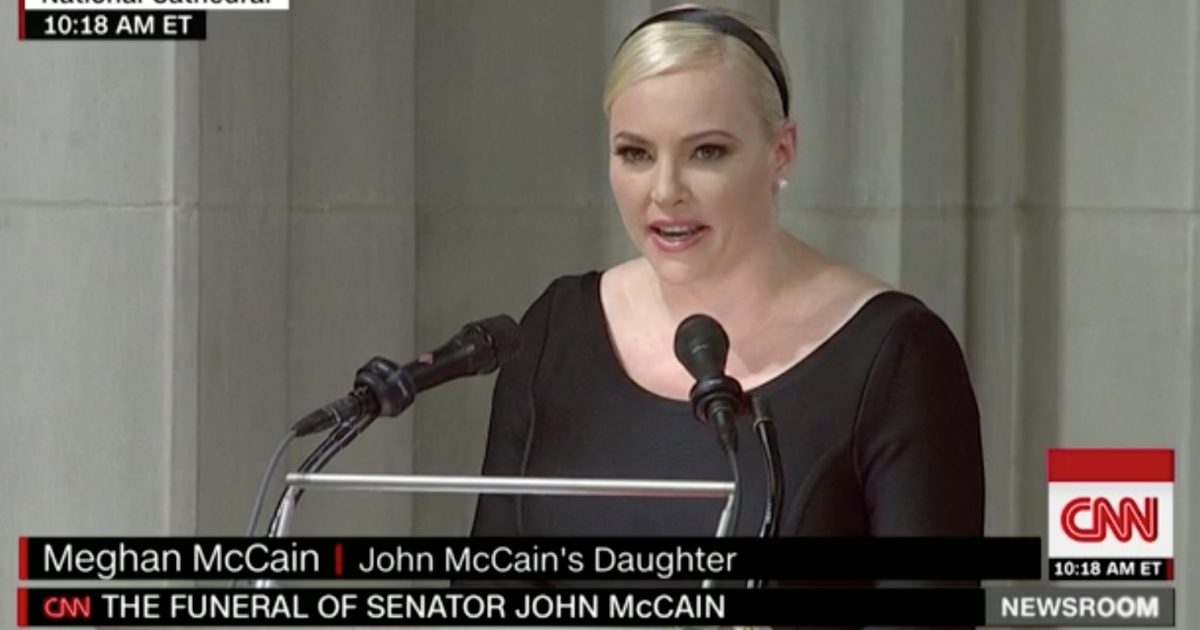 President Trump was attacked by a number of speakers at Senator John McCain’s funeral.

In addition to McCain’s daughter, former Presidents Bush and Obama made comments during eulogies that were critical of President Trump.

John McCain’s daughter and two former presidents led a public rebuke of President Donald Trump’s divisive politics at the late senator’s memorial service Saturday in a call for a return to civility among the nation’s leaders.

The nearly three-hour service at the Washington National Cathedral was a remarkable show of defiance against a president McCain openly defied in life as the antithesis of the American spirit of service to something greater than any individual.

McCain’s daughter Meghan made comments about America that were directed at President Trump:

“The America of John McCain has no need to be made great again because America was always great,” Meghan McCain told about 3,000 mourners at Washington National Cathedral on Saturday morning, a raw mocking of Trump’s slogan that elicited an unusual burst of applause.

Former presidents Barack Obama and George W. Bush — the men who crushed McCain’s presidential ambitions — echoed Meghan McCain’s sentiments but in a more political form at the memorial service. They praised a free press and ideals that go beyond borders, implicit shots at Trump’s assertion that the news media is the “enemy of the people” and his insistence on a U.S.-Mexico border wall.

Unfortunately, in today’s polarized and click driven media environment, everything is politicized even a funeral.