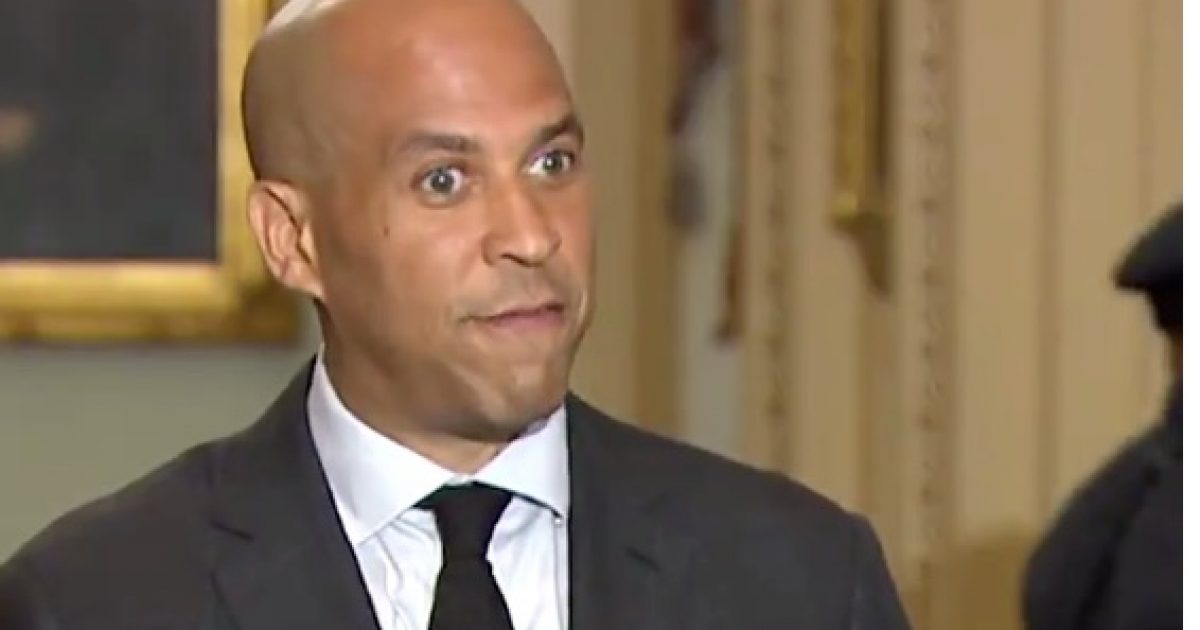 Senator Cory Booker misled the public about his bravery regarding his willingness to release the “confidential” Kavanaugh emails.

Booker bragged he was willing to release the confidential documents on racial profiling even if his action could result in him being tossed from the Senate.

The New Jersey Democrat said, “I’m going to release the email about racial profiling and I understand that the penalty comes with potential ousting from the Senate.”

The truth is Senate Republicans had removed the “Committee Confidential” designation before Booker’s dramatic action.

Later in the day, Republicans said all the documents that Democrats had requested to be relieved of the “Committee Confidential” designation had, in fact, already been approved to be made public before Thursday’s hearing began — suggesting that Democrats had been grandstanding. But if senators from either side of the aisle were aware of that at the outset of the hearing, they didn’t let on.

It was sheer grandstanding from Booker but his gambit was exposed.

The documents are marked “committee confidential,” meaning they are not supposed to be discussed or released publicly.

But the move comes after Booker said during a heated debate on Kavanaugh’s third day before the Judiciary Committee that he would release the email thread.

“I am right now, before your process is finished, I am going to release the email about racial profiling, and I understand the penalty comes with potential ousting from the Senate,” Booker said at the hearing.

Booker acknowledged that he would be “knowingly violating the rules.”

The Democrat Senator pushed the release of the documents on Twitter:

These are the 4 documents marked committee confidential that I brought up in my questioning of Supreme Court nominee Brett Kavanaugh last night –> https://t.co/2RZkY2FS9a

Booker is opposing Kavanaugh because of a potential conflict of interest dealing with President Trump:

With Democrats, rules are made to be broken especially if it’s part of an effort to undermine President Trump.

Booker is also trying to draw media attention to bolster his possible run for president in 2020.