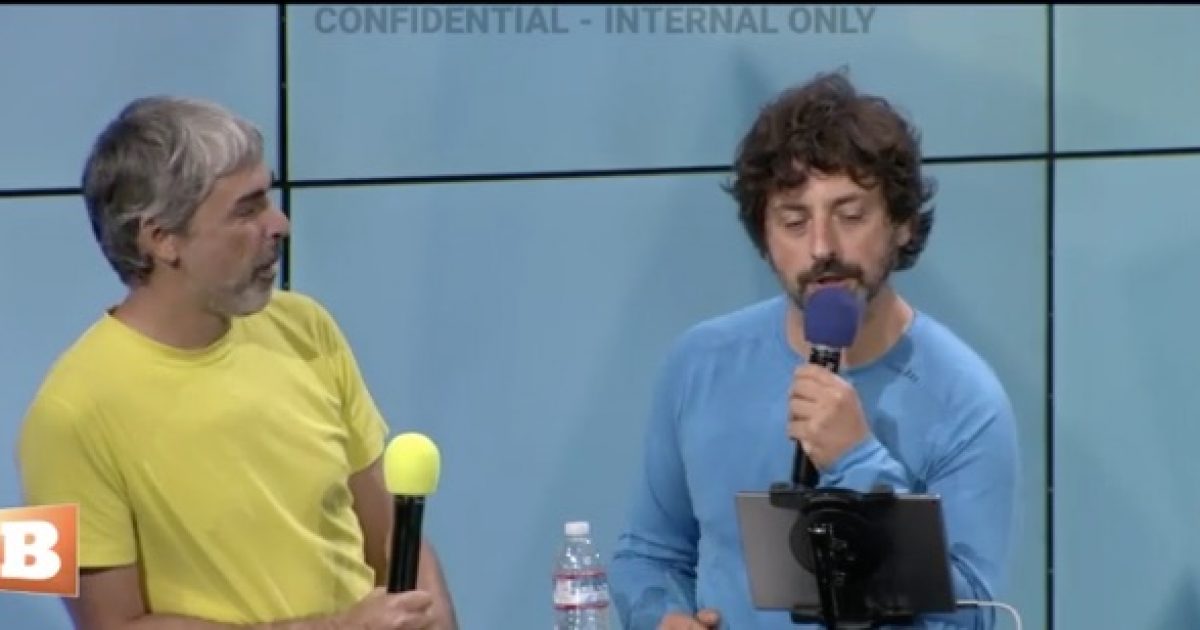 A video obtained by Breitbart News of an internal meeting of Google employees shows the company’s leaders and employees were extremely distraught over President Trump’s victory.

For example, Sergey Brin, a co-founder of Google and president of its parent company Alphabet, likened President Trump supporters to “extremists.”

Brin compares Trump voters to “extremists,” arguing for a correlation between the economic background of Trump supporters and the kinds of voters who back extremist movements. Brin says that “voting is not a rational act” and that not all of Trump’s support can be attributed to “income disparity.” He suggests that Trump voters might have been motivated by boredom rather than legitimate concerns.

The New York Times summarized the reaction to President Trump’s victory from the company’s top executives:

Among the people who spoke were Sundar Pichai, Google’s chief executive, and Ruth Porat, Alphabet’s chief financial officer. Both appeared to become emotional, choking up while speaking. Sergey Brin, a Google co-founder, said that he was “deeply offended” by the election of Mr. Trump and that his victory was in conflict with many of the company’s values. Mr. Brin, who immigrated from the Soviet Union as a child, said, “As an immigrant and refugee, I certainly find the selection deeply offensive.”

The anti-Trump bias at Google was translated into action by the company’s effort to elect Hillary Clinton.

Fox News host Tucker Carlson revealed an email sent on the day after the election by Eliana Murillo, Google’s former head of multicultural marketing. In the email, Murillo bragged about her company’s efforts to increase Latino turnout, a key constituency for Clinton voters. She even bragged about working with a Latino group that endorsed Clinton.

“In her email, Murillo touts Google’s multi-faceted efforts to boost Hispanic turnout in the election,” Carlson reported. “She knows that Latinos voted in record-breaking numbers, especially in states like Florida, Nevada, and Arizona, the last of which she describes as ‘a key state for us.'”

Arguably, Google is the most powerful company in the world and its interest in using its technology to push its Left-wing agenda represents a risk to liberty.