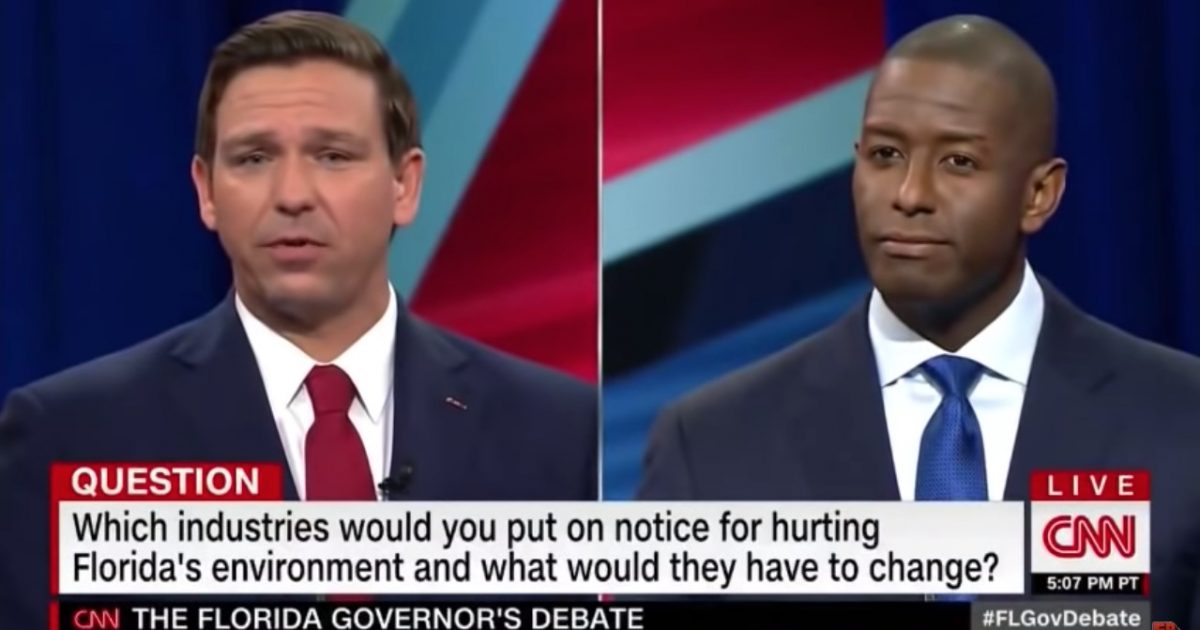 Sequels rarely live up to the original. But in their second and final meeting before the Nov. 6 election for Florida governor, Ron DeSantis and Andrew Gillum delivered a bare-knuckle brawl of a debate so heated that a racial slur was spelled out letter by letter on live television.

DeSantis, a Trump-endorsed former congressman, painted his opponent as a corrupt on-the-take politician. Gillum, the unapologetically liberal mayor of Tallahassee, cast DeSantis as a vapid extremist who encourages racism.

“My opponent as soon as he won the Republican nomination for governor went on Fox News and said to voters here in the state of Florida not to monkey this state up by electing me,” Gillum said. “It was followed up that same week by neo-Nazis making calls into the state of Florida to attack my character, jungle music in the background, and the calls of monkeys being heard.”

According to polls, Gillum leads DeSantis but the Democrat is under fire for accepting free tickets from an FBI agent posing as a lobbyist.

Florida Democratic gubernatorial nominee and Tallahassee Mayor Andrew Gillum accepted tickets to the Broadway show “Hamilton” from an undercover FBI agent leading a probe into the city’s economic development agency, according to 150 pages of documents turned over to the Florida Commission on Ethics.

The records, released two weeks ahead of Election Day, are from Adam Corey, a lobbyist and longtime ally of Gillum. The commission subpoenaed the documents as part of its investigation into trips Gillum and Corey took to New York and Costa Rica.

DeSantis is challenging Gillum over the ethical concerns.

Records prove @AndrewGillum lied about receiving illegal gifts as mayor. This is corruption at its worst. Floridians deserve to have leaders that follow the law and tell the truth. #LeadersDontLie https://t.co/7XaIICS11p

Andrew Gillum’s campaign for Florida governor was rocked Tuesday by a former friend’s release of documents involving the mayor’s trips around the world, from New York City to the Middle East, including outings with people he didn’t realize were undercover FBI agents.

Gillum is using race to distract voters from the free tickets and concerns about who paid for travel costs for his trip to Costa Rica among other ethics matters.