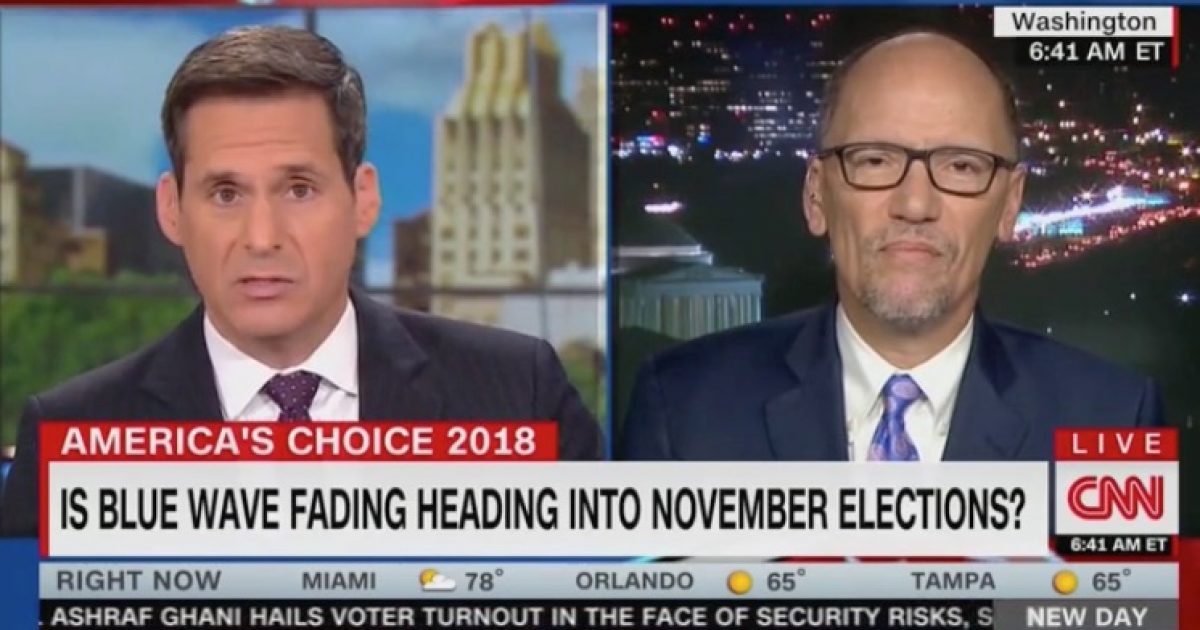 Liberal’s beating the drum over a massive “blue wave” for the upcoming midterm elections is not as loud as first projected.

Democrats are eager to take control of Congress to obstruct and resist anything proposed by President Trump and his administration.

DNC Chairman Tom Perez doesn’t believe the hype about a Democrat blue wave, and said on CNN, “I don’t use the term.”

DNC Chairman Tom Perez wouldn’t use the term “blue wave” to describe the upcoming November midterms on CNN’s “New Day” Monday, saying the race for the House will be tight, but Democrats will come out winning.

“We always knew that this election was going to be close. I don’t use the term ‘blue wave,’” Perez said.

.@TomPerez: "We always knew that this election was going to be close. I don't use the term #BlueWave." https://t.co/1VqIgrDpAR pic.twitter.com/kYF2YwFhpw

Perez emphasized the importance of voter turnout and outlined issues Democrats are most concerned about for the midterm elections.

“I happen to not believe that there’s going to be this great blue wave,” Sanders said Sunday, according to The New York Times. “I happen to believe that on election night, which party controls the U.S. House will come down to a very few seats.”

Sanders made similar comments during an interview with The Hill that aired Monday.

“I know a lot of people talk about this blue wave and all that stuff, but I don’t believe it,” Sanders said.

Sanders cautioned others about being overly confident.

“I’m just issuing the warning, and that warning is that overconfidence will result in disaster,” Sanders said.

With a booming Trump economy, record low unemployment, and high consumer confidence, a blue wave will be hard for liberals to achieve.