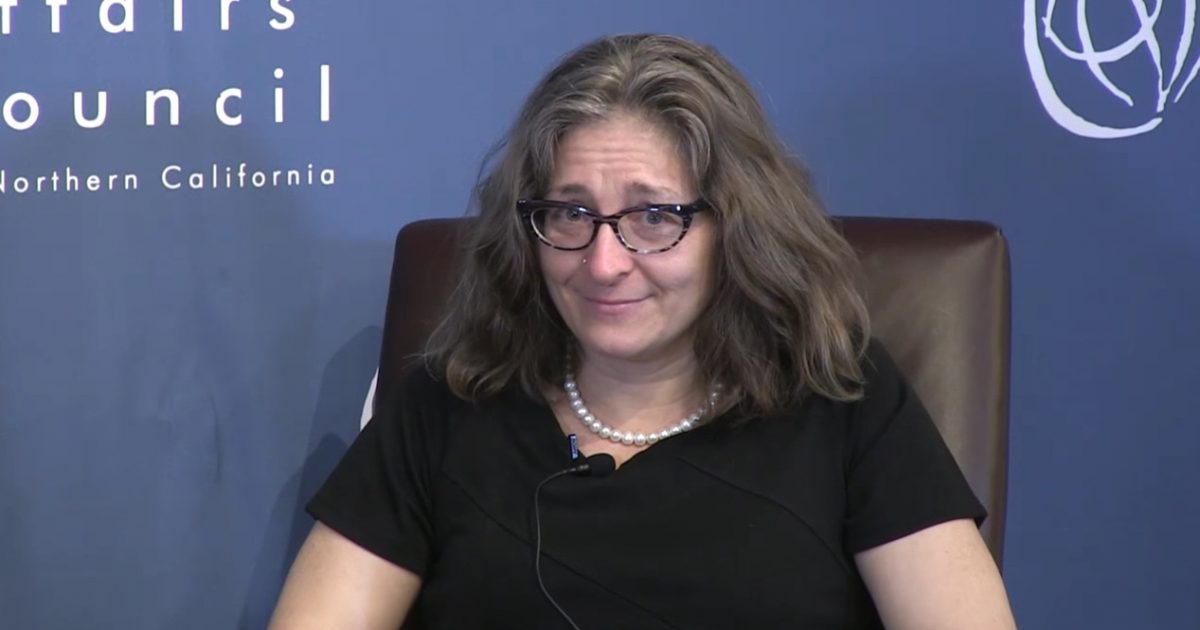 Dr. Carol Christine Fair is an associate professor in the Security Studies Program at Georgetown University and she made her comments with respect to the confirmation hearings for Judge Brett Kavanaugh.

“Look at [this] chorus of entitled white men justifying a serial rapist’s arrogated entitlement,” wrote Carol Christine Fair, an associate professor in Georgetown’s security studies program. “All of them deserve miserable deaths while feminists laugh as they take their last gasps. Bonus: we castrate their corpses and feed them to swine? Yes.”

According to The Chronicle of Higher Education, Fair’s comment was intended to make men feel “uncomfortable.”

C. Christine Fair, an associate professor of security studies, said that her goal was to make people — white men, in particular — uncomfortable, and that the outrage she drew proved she had succeeded.

Fair, who has frequently tested the limits of free speech at her Jesuit-affiliated university, said she had been enraged after “watching these men protect his bro-culture privilege to behave the way he did.”

Since our founding, Georgetown has been dedicated to the free exchange of ideas and robust dialogue.

We protect the right of our community members to exercise their freedom of expression. This does not mean the University endorses the content of their expression. We can and do strongly condemn the use of violent imagery, profanity, and insensitive labeling of individuals based on gender, ethnicity or political affiliation in any form of discourse. Such expressions go against our values.

While the speech of our faculty members is protected, we are deeply committed to having our classrooms and interactions with students be free of bias and geared toward respectful dialogue. We take seriously our obligation to provide welcoming spaces for all students to learn.

If comments made by faculty members are determined to substantially affect their teaching, research, or University service, we will address them through established University procedures outlined in our Georgetown University Faculty Handbook.

Georgetown University failed to hold Fair accountable for her behavior which will only encourage more left-wing activists to continue with this dangerous rhetoric.