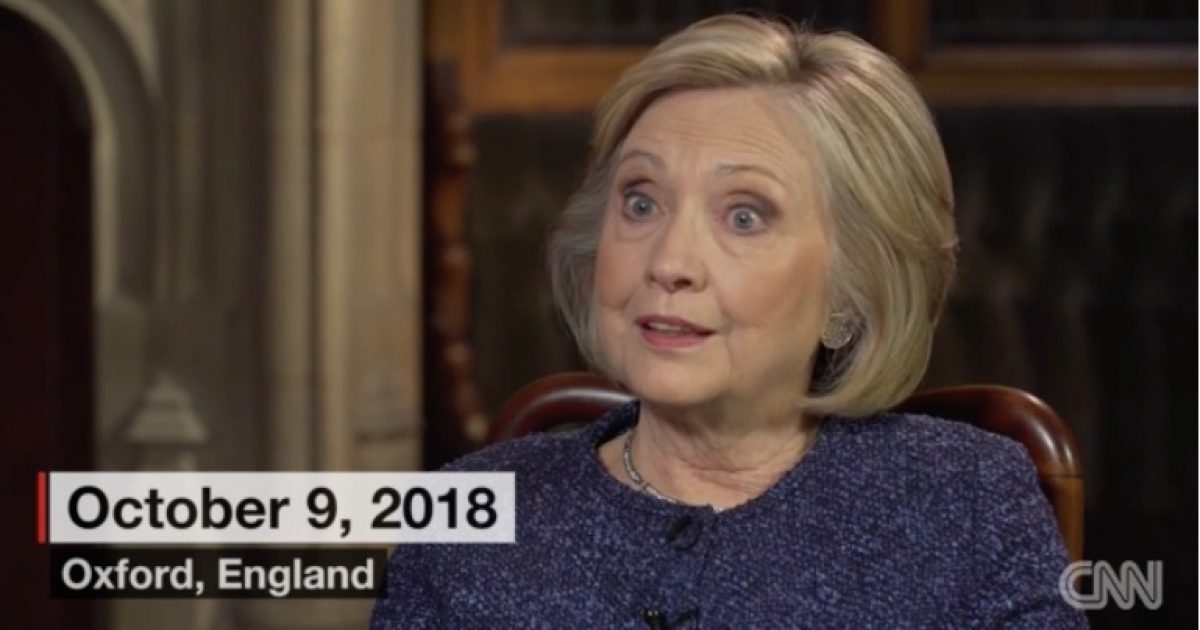 During an exclusive interview on CNN, Clinton addressed a number of current political issues including Judge Brett Kavanaugh.

Exclusive: @HillaryClinton says “you cannot be civil with a political party that wants to destroy what you stand for, what you care about.” pic.twitter.com/t6Q70WLUNQ

"What was done last night in the White House was a political rally. It further undermined the image and integrity of the court and that troubles me greatly." Watch the full exclusive interview with @HillaryClinton tonight on #AmanpourPBS. Check local listings. pic.twitter.com/2PrejxZeYW

“And that troubles me greatly. It saddens me. Because our judicial system has been viewed as one of the main pillars of our constitutional government. So I don’t know how people are going to react to it. I think, given our divides, it will pretty much fall predictably between those who are for and those who are against,” Clinton said.

“But the President’s been true to form,” she continued. “He has insulted, attacked, demeaned women throughout the campaign — really for many years leading up to the campaign. And he’s continued to do that inside the White House.”

Clinton’s call for incivility is outrageous given the recent mob rule activism regarding the confirmation of Judge Kavanaugh and the public harassment of Republican politicians and officials that support President Trump.

It appears Clinton will say anything in a desperate effort to remain relevant.