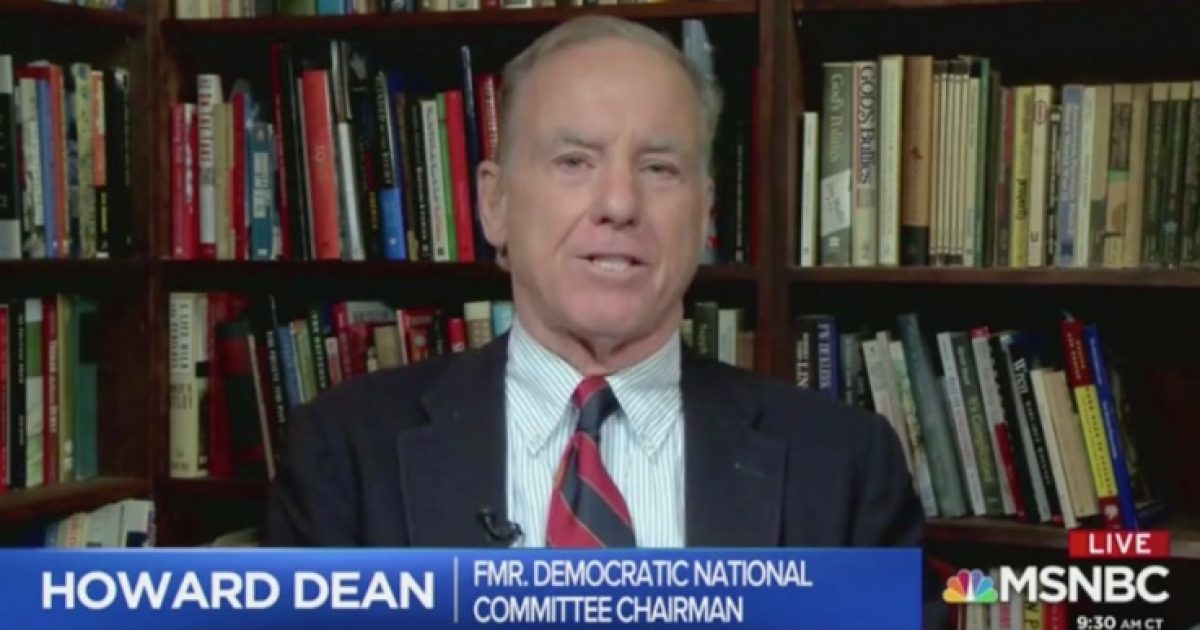 A community and country are reeling over the senseless mass shooting of worshipers at The Tree of Life synagogue in Pittsburgh, Pennsylvania, on Saturday morning.

Dean appeared on MSNBC’s “AM Joy” show with host Joy Reid and took the opportunity to call President Trump “evil.”

But what could be more literally demonizing, and give more “license to violence,” than to cast a political opponent, in a term with religious overtones, as “evil?”

Yet that is exactly what Howard Dean, appearing on Joy Reid’s MSNBC show, did on Saturday morning. Dean cast the battle between Democrats and Republicans as “a struggle about good versus evil. And the President of the United States is evil.”

Look, evil lurks in the hearts of men, and it does. And what Trump has tapped into is evil. And eventually we’ll overcome that, because Republicans are always about the past, and they’re always about fear of the future. And the Democrats have made plenty of mistakes, but they are about the future, and idealism, and making America a better place.

I think in the end, hope wins over evil. But it takes a long time — both of those lurk in humankind. And that’s what this struggle’s about. This has now become a struggle about good versus evil. And the President of the United States is evil.

It’s outrageous and dangerous for people like Dean to exploit this tragedy and politicize everything in order to score political points before the midterm elections.