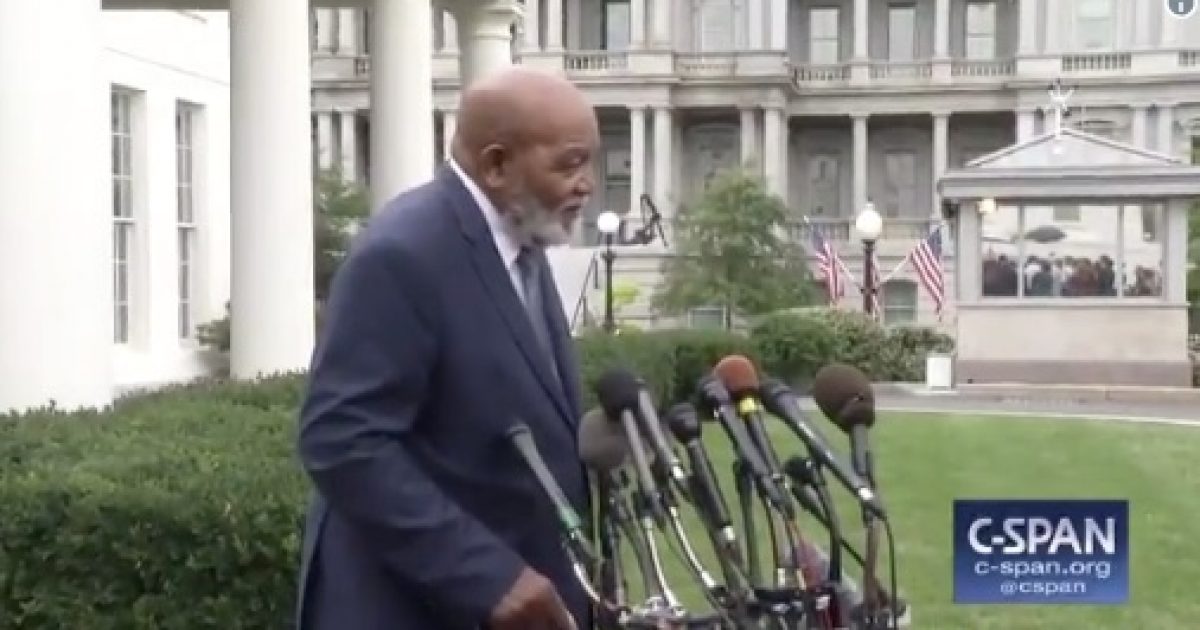 Headlines are abuzz over President Trump meeting with NFL Hall of Famer Jim Brown and entertainer Kanye West at the White House.

The free-flowing meeting included various issues affecting the black community, including the need for better schools, job opportunities, and to clean up neighborhoods plagued with gang activity.

After the meeting, Brown spoke to the media on his willingness to help others.

“I gave him my opinion of the overall community of this country,” Brown said. “I expressed my desire to bring a plan, along with his plan, on how to help people. People need jobs, people need education, people need to be attended to, so that’s what I’m talking about.”

Brown had publicly endorsed Trump’s 2020 re-election in August, admitting that left-wing black activists would criticize him over his endorsement. The NFL great also met with West shortly after giving Trump his endorsement.

Standing during the National Anthem was a key point Brown made to the media, saying he would “always respect the flag.”

“First of all, I’m an American. That flag is my flag,” Brown told the reporters crowded outside the White House. “I don’t think that we should take knees in protest instead of be standing up for our flag.”

Brown called the meeting “an incredible opportunity,” and said the president “treated us beautifully.”

Jim Brown has ZERO regrets about the Oval Office meeting today with Donald Trump and Kanye West ﻿… saying it was an incredible opportunity and he’s thankful to 45.

“This is the President of the United States. He allowed me to be invited to his territory, he treated us beautifully, and he shared some thoughts, and he will be open to talking when I get back to him. That’s the best he could do for me.”

Watch the interview below.

Jim Brown speaks to media outside White House: "I don't think that we should take knees in protest instead of be standing up for our flag." pic.twitter.com/sZDTsfyinp