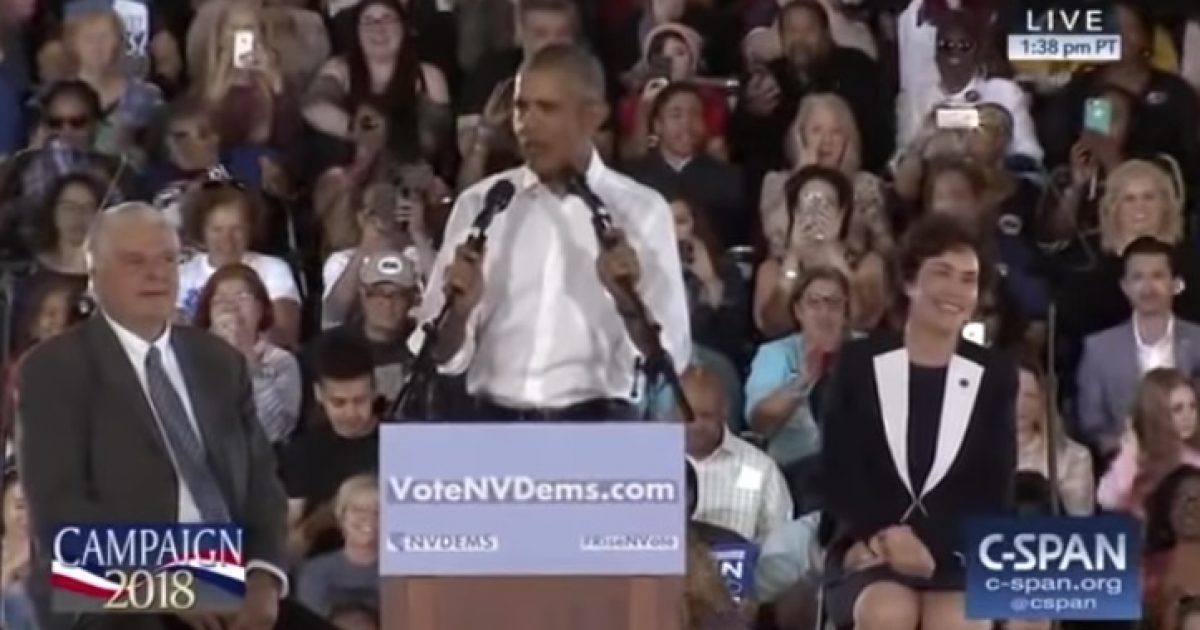 Former President Obama is making the rounds on the campaign trail prior to the midterm elections to excite the Democrat base to turnout the vote.

On Monday, Obama spoke at a rally in Las Vegas to promote Nevada Senate candidate Jacky Rosen – Rosen is in a tight race against incumbent Republican Senator Dean Heller.

But it looks like Rosen wasn’t Obama’s only speech agenda item.

According to The American Mirror, Obama referred to himself 92 times in his speech.

Appearing under the guise of speaking on behalf of Democrat candidates at a University of Nevada rally, the former president really just wanted to talk about himself.

He even talked about himself in the third person.

“I see Obama’s doing pretty good,” he said of those he claims are benefiting from the tax cut.

Talking about the way the federal government really works, he said, “I mean, if, if, if, if, if all it took was being president, shoot, I would have solved everything.”

All told, Obama referred to himself 92 times during his 38-minute speech.

Obama couldn’t help but talk about himself an average of every 24.7 seconds.

He credited his own administration’s actions — including tax increases and Obamacare — for starting the current economic boom.

“Because of the work we did … we got the economy rolling again. We started the longest streak of job creation on record … we brought housing back,” he said, noting to his audience that Nevada was one of the states worst-hit by the subprime-mortgage crisis that precipitated the 2008-09 recession.

Former President @BarackObama: "When you hear all this talk about economic miracles right now, remember who started it."

It’s ironic Obama is taking credit for the country’s growing economy but not ironic how much he talks about himself any chance he gets.