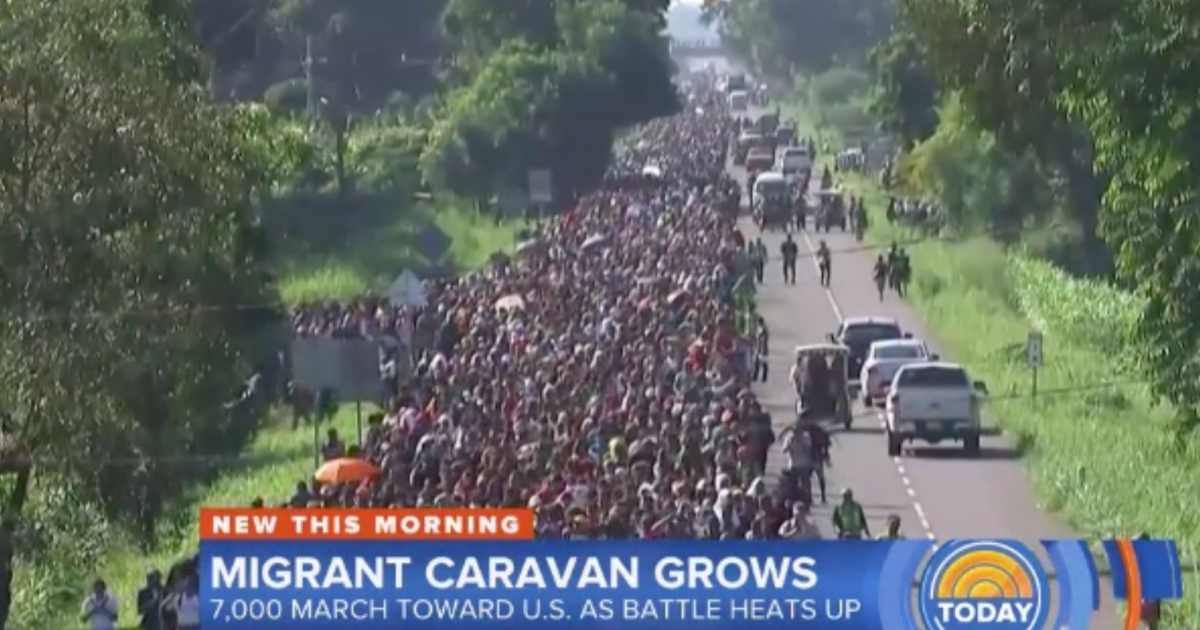 The migrant caravan continues to grow in size while advancing through Mexico towards the United States.

President Donald Trump on Monday vowed to begin curtailing the tens of millions of dollars in American aid to three Central American nations and called a caravan of migrants bound for the United States a national emergency as he sought to boost his party’s chances in Nov. 6 congressional elections.

“Guatemala, Honduras and El Salvador were not able to do the job of stopping people from leaving their country and coming illegally to the U.S. We will now begin cutting off, or substantially reducing, the massive foreign aid routinely given to them,” Trump wrote in a series of Twitter posts.

While the caravan marches on and dominates the news, Democrat leaders are telling their fellow midterm candidates “to ignore migration issues.”

Democratic leaders are urging their party’s 2018 candidates to ignore migration issues even as the fast-growing caravan of migrants walks northwards through Mexico.

On Sunday, media reports said the caravan has grown to 7,000 people — up from 3,000 last week — and more people are seeking to join the migration.

.@realDonaldTrump is desperate to change the subject from health care to immigration because he knows that health care is the #1 issue Americans care about. The GOP is threatening to gut protections for pre-existing conditions. Dems are focused like a laser to #ProtectOurCare. pic.twitter.com/WtOPeTUMrb

The Caravans are a disgrace to the Democrat Party. Change the immigration laws NOW!

Democrat leaders know border security is an important issue for American voters and they are the ones trying to change the subject by sweeping the migrant caravan under the rug.