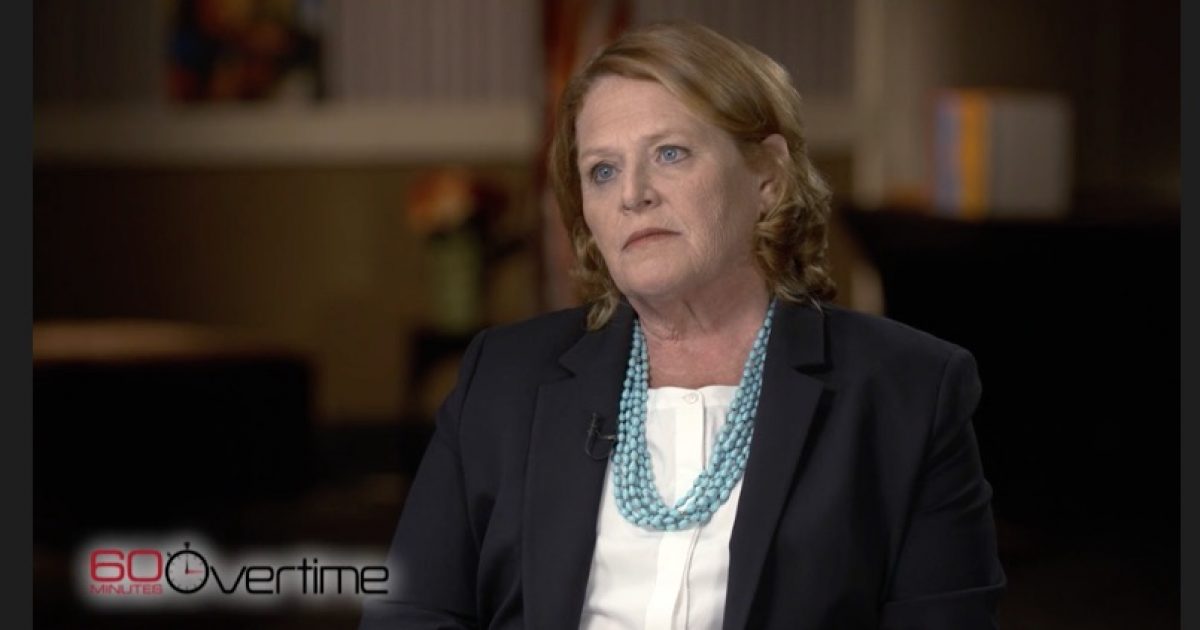 North Dakota Democrat Senator Heidi Heitkamp released the names of sexual assault victims in a campaign print ad without getting permission from the women.

In some cases, the women identified in the ad that appeared as an open letter were not victims of sexual assault or did not give authorization for their names to be made public.

Heitkamp apologized in a statement:

“Sexual assault is a serious crime – and one that too many North Dakota women have experienced. In an attempt to bring awareness to this issue and push back against dismissive comments toward sexual assault survivors by Kevin Cramer, our campaign worked with victim advocates to identify women who would be willing to sign the letter or share their story. We recently discovered that several of the women’s names who were provided to us did not authorize their names to be shared or were not survivors of abuse. I deeply regret this mistake and we are in the process of issuing a retraction, personally apologizing to each of the people impacted by this and taking the necessary steps to ensure this never happens again.”

The letter, published in a North Dakota paper, was created in response to Cramer’s recent comments that the #MeToo movement — which has helped to publicize and protest sexual assault and harassment against women — is a movement toward “victimization.”

But some women who were listed as having signed the letter did not give permission for their names to be revealed, or were not survivors, her campaign acknowledged in a statement Tuesday morning.

Heitkamp is trailing her Republican political opponent, Kevin Cramer, in polls and the ad was meant to capitalize on the #MeToo movement.

The state Republican Party is trying to leverage the mistake by Heitkamp.

The North Dakota Republican Party slammed Heitkamp for the mistake.

“This is another example of Heidi Heitkamp exploiting whoever she can for political gain,” the party’s Communications Director Jake Wilkins told The Hill Tuesday.

“With a campaign built on lies, misinformation, and manufactured controversy, it’s no wonder Heitkamp is the most vulnerable Senator in the country.”

In addition, Heitkamp is attacking Cramer over his remarks about her record in the Senate:

.@kevincramer can’t stop lying about my record, but here’s the truth: in the Senate, I’ve been an independent voice for ND — working across the aisle to crack down on human trafficking, grow our energy economy & protect health care. And Kevin, I’m just getting warmed up. pic.twitter.com/o7OOuFdXwA

This week on 60 Minutes, Heitkamp explains her decision in an interview with Scott Pelley. In a clip from the interview, posted in the video player above, she tells Pelley that she was troubled by Kavanaugh’s demeanor in his testimony before the Senate Judiciary Committee last month.