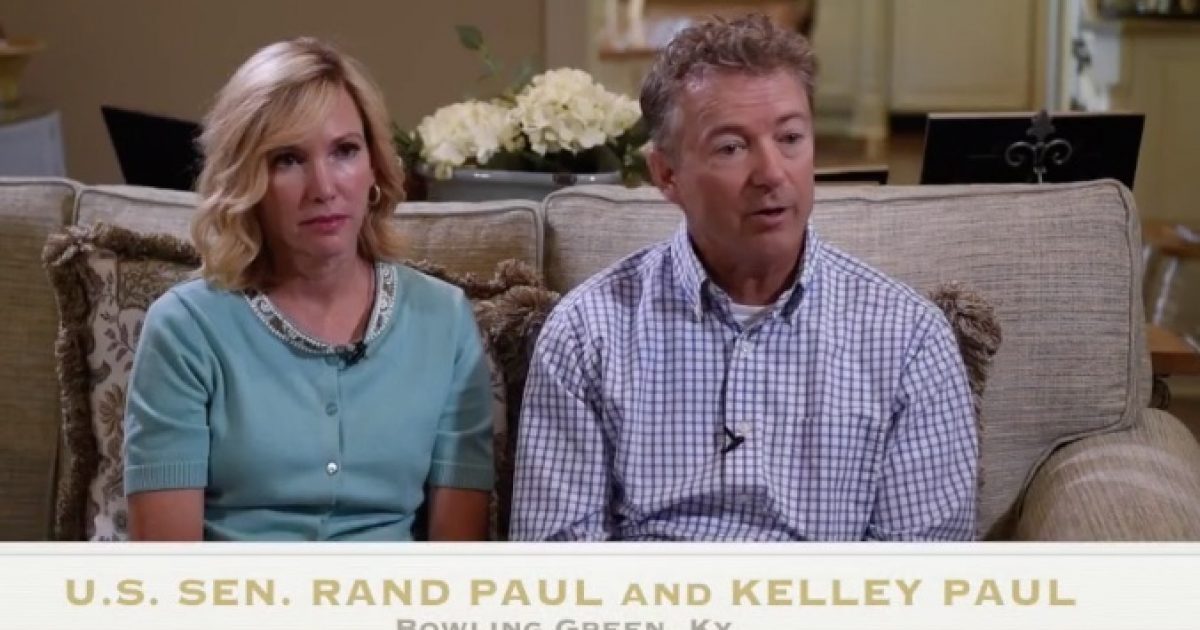 Democrats are completely out of control raging with anger toward anything and anyone to do with President Trump.

Earlier this year, New Jersey Democrat Senator Corey Booker urged people to “get up in the face” of members of Congress.

New Jersey Democratic Sen. Cory Booker told an audience to “get up in the face of some congresspeople” while speaking at the National Conference on Ending Homelessness in Washington, D.C., Wednesday.

“Before I end, that’s my call to action here,” Booker said. “Please don’t just come here today and then go home. Go to the Hill today and get up in the face of some congresspeople.”

Republican members of Congress are now facing the rage from Democrats up close and personal, including Kentucky Senator Rand Paul and his family.

For over a year, the Paul family faced threats and intimidation. Senator Paul’s cell phone number and their home address were made public.

Senator Paul’s wife, Kelley, was compelled to take action including keeping a loaded gun at her bedside. Kelley also wrote an open letter to Booker titled, “My husband, Rand Paul, and our family have suffered intimidation and threats.”

It’s nine o’clock at night, and as I watch out the window, a sheriff’s car slowly drives past my home. I am grateful that they have offered to do extra patrols, as someone just posted our home address, and Rand’s cell number, on the internet — all part of a broader effort to intimidate and threaten Republican members of Congress and their families. I now keep a loaded gun by my bed. Our security systems have had to be expanded. I have never felt this way in my life.

Kelley wrote that her husband was recently confronted by angry activists at the airport.

Earlier this week, Rand was besieged in the airport by activists “getting up in his face,” as you, Senator Booker, encouraged them to do a few months ago. Preventing someone from moving forward, thrusting your middle finger in their face, screaming vitriol — is this the way to express concern or enact change? Or does it only incite unstable people to violence, making them feel that assaulting a person is somehow politically justifiable?

Kelley also called for Booker to retract his statement and to condemn the violence, threats, and intimidation directed at elected officials and their families.

Senator Booker, Rand has worked with you to co-sponsor criminal justice reform bills. He respects you, and so do I. I would call on you to retract your statement. I would call on you to condemn violence, the leaking of elected officials’ personal addresses (our address was leaked from a Senate directory given only to senators), and the intimidation and threats that are being hurled at them and their families.

Democrats “get in their face activism” was launched by California Democrat Representative Maxine Waters with her calls for the harassment of Trump administration officials in public places (watch the video here).

Democrats calling for “in your face” activism are setting the stage for acts of violence against Trump officials and his supporters.